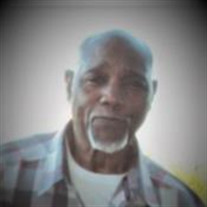 A Celebration of Life Theodore Ceodise Farrison December 25, 1931 – August 22, 2021 On August 22, 2021, Theodore “Ted” Ceodise Farrison peacefully transitioned in the presence of his family as they expressed their love and appreciation for him. He was 89 years of age. Ted was born in Orangeburg, South Carolina on December 25, 1931 to parents Willie and Birdie (Caldwell) Farrison. He was the best Christmas gift his parents could wish for. Ted and his siblings were raised under the watchful eye of his strong and loving mother after their father’s premature passing. Ted enjoyed the leisure and carefree life of a country boy until he enlisted in the United States Army at just 15½. His mom reluctantly signed a waiver allowing him to join. Ted served in the Korean War and was awarded two Purple Hearts. He was wounded in action and returned to the front lines after a brief recuperation in the hospital. While overseas in Japan, Ted met the love of his life, his wife Mihoko (Yoshihara). After Ted’s tour of duty ended, he and Mihoko returned to the United States. They put down roots in Tacoma and started their family. Ted became a longshoreman for the Pacific Maritime Association at the Port of Seattle. As a Longshoreman, he opened doors for many people and enabled them to have careers in that occupation as well. Ted retired in 1999 as a highly respected foreman after a more than 45 plus year career. Ted was very social, and he loved being in the presence of his family and friends. He and Mihoko would often host holiday parties, BBQ’s, birthdays, and many other events at their warm and loving home. One of his specialties was his delicious gumbo, which he could be coaxed into making for some of those parties. Ted enriched the lives of many people in the community. He would give you the shirt off of his back, and he often did. He could not resist helping a child, an animal, or someone who was down on their luck. His kind heart, integrity, and down to earth nature touched everyone. Ted was an imposing figure, he was very strong, and he was often described as a “man’s-man.” He was loud and candid but he also had a soft side. He lived his life to the fullest and in the style he wanted. He climbed Mount Fuji, played football and boxed in the Army, witnessed nuclear testing at Camp Desert Rock in Nevada, participated in bull riding, deep sea diving, rode horses in a rodeo, gambled, drank, played poker, chewed tobacco, smoked cigars, and raced for a motorcycle club on his Harley Davidson. He had aspirations to be a pilot but Mihoko put her foot down on that one. Ted was predeceased by his parents, Willie and Birdie Farrison and his brothers William “Bill” Caldwell and Eugene “Boobie Doo” Farrison. Ted is survived by and will lovingly be remembered by his wife of 70 years, Mihoko, his brother Leonard “Len” Farrison (Maxine) of Orangeburg, South Carolina, his sister Betty Felder of New Jersey, his children, Doris Hardison (Walter), Kim Farrison (Annie), Castora “Cassie” Hayes (Bart), Wesley Farrison, and grandson/son Gerren Farrison (Tiffany). Ted had numerous grandchildren, great grandchildren, a great-great grandchild as well as other relatives and close friends who will continue to mourn his loss and honor his legacy. “Dad, there’s an empty chair at the kitchen table and it just doesn’t seem right. Until we meet again, please save us a seat...” Ted will be honored with a viewing on September 17, 2021 at the main office at Mountain View Cemetery from 10:00 AM until 4:00 PM. His Celebration of Life service will follow on Saturday, September 18, at 12:00 PM in the Aspen Chapel at Mountain View Cemetery with a reception to follow. Acknowledgements The family would like to express their sincere gratitude to the staff at Kindred Hospital in Seattle for the care given Ted during his long hospitalization. The family deeply appreciates the many expressions of love, concern, and kindness shown to them during this time of bereavement. -The Farrison Family

The family of Theodore Ceodise Farrison created this Life Tributes page to make it easy to share your memories.

Send flowers to the Farrison family.