How can we best help you?

Let us guide you.

A loved one has just passed

We are here to help you through this difficult time. Please leave your information and we will contact you.

A loved one is about to pass

We are here to help you through this difficult time. Please leave your information and we will contact you.

I'm planning for the future

We have received your request.

You will receive an email confirming your request, and one of our trusted advisors will be contacting you soon.

One of our trusted advisors will be contacting you shortly. If this is an urgent matter, please call (253) 948-9895 anytime.

One of our trusted advisors will be contacting you shortly. Our commitment is to be with you and your family and to serve you in a genuinely caring way.

We have many years of experience caring for families from all walks of life. As leaders in the industry, families know they can count on us to provide them with the comfort they need when they need it the most.

We've learned a lot about caring for families over the years. We realize that we aren't just caring for a loved one, but the entire family.

People come to us during their most difficult times, and we respond with kindness, understanding and expertise. Our goal is to make everyone feel at home as we work with them to create a memorable service in honor of a beautiful life.

As it moves into the future, Mountain View draws on a rich heritage. The Memorial Park was incorporated in 1915 by James Richard Thompson. In 1942, his son, J. Arthur Thompson added the funeral home on the cemetery grounds. At the time a revolutionary idea, it was only the second funeral home/cemetery combination started in the United States. In 1956, Arthur’s son, Brewer B. Thompson, came to Mountain View. Under his leadership, Mountain View continued to grow. A second funeral chapel was built on the grounds, the operation was computerized, the staff grew in size to 68 full time employees, 80 more acres were acquired for the memorial park and the company became debt free.

Brewer’s daughter, Cindy Thompson, started as manager at Mountain View in 1987 after a career in healthcare. While working at Mountain View, Cindy received an MBA from Pacific Lutheran University . She became President of Mountain View in 1996 after her father’s retirement. In 2000, Cindy built the Celebration of Life Center, which includes the Aspen Chapel and two reception rooms. Seeing the need for Mountain View to grow beyond the family heritage from which it began, Cindy arranged for North Star Memorial Group to acquire the park. For nearly 100 years, Mountain View Memorial Park has been part of life for the people of Tacoma.

Mountain View has 160 acres of property of which 110 acres have been fully developed for cemetery use. The first burial took place in 1915 and since then more than 100,000 interments have occurred in the cemetery. The cemetery has about 1000 burials a year, and helps about 1400 families a year with funeral services. The cemetery continues to grow and is committed to preserving the beauty and peacefulness of the park.

In the past few years, we have developed an additional urn garden with over 3,000 inurnment spaces and another mausoleum structure, which brings the total of such structures to 10 with over 5,000 casket spaces and over 10,000 niches for cremated remains. The cemetery also includes five veterans sections and 53 other separate gardens for burial.

Mountain View Memorial Park has an array of flora and fauna, including 181 different varieties of trees, 575 rhododendrons, a rose garden and many varieties of birds and wildlife.

I not only want to thank Mountain View for the service provided for my mother, Doris Nance who pass way June 15th. I also want to thank Emily for all you did for my family. Thanks for your support and compassion. I could genuinely tell you wasn't just doing a job. You assured me that my Mother would look nice and you went above and beyond what I expected.... Read More

On April 29th we met with Bob Johnston, Joshua Madison and Meagan, were very comforting and listened to what we wanted. They went above and beyond the call of duty. Unfortunately we had just had our brother’s service a week prior. Each time they were professional. They communicate every step of the way to make sure the service was coming together as we... Read More

Hello, I just want to Thank Neil Beck, Katrena and the Staff at Mountain View for all of their help during such a difficult time for myself and my family with the loss of our Father George A. Carper. Our Mother Charlotte L. Carper is buried here also and our parents are finally resting together after all these years. Through such a crazy time with Covid 19.... Read More 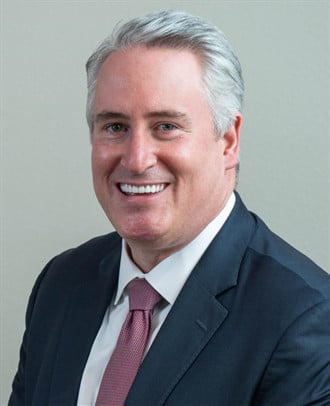 Casey is a 4th generation Funeral Director who grew up in Paris, Texas and has over 25 years in our profession. Casey and his partner Walt recently celebrated their 21st anniversary. They are both native Texans but have always had a desire to beat the heat and relocate to the Pacific Northwest.

He is a graduate of Paris Junior College and a 1992 graduate of Dallas Institute of Funeral Service. He later graduated from The University of Texas at Arlington. Casey served his internship at Bakker Funeral Home in Eastland, Texas, receiving his Funeral Directors and Embalmers licenses in 1993. While in Eastland, Casey was active in the city fire department, earning both an Emergency Medical Technicians License and a Firefighting One certificate from Texas A&M University at College Station.

His first position as a licensed funeral director was with Resthaven Funeral Home and Cemetery in Lubbock, Tx. He moved to Dallas to become a funeral director at Grove Hill Funeral Home and Memorial Park. While in Dallas, Casey was cited by the Dallas Morning News and the City for acts of heroism during floods in 1998 in southeast Dallas, receiving the Keys of the City from then Mayor Ron Kirk.

He later became regional marketing manager for Wilbert Burial Vaults, serving Texas and New Mexico. After two years, he accepted a position as assistant manager with Restland Funeral Home & Cemetery in Dallas, Texas’ largest funeral home. Casey & Walt moved back to their childhood home where Casey became a director of Gene Roden’s Sons Funeral Home and eventually being named operations manager of that firm in 2005. In 2006, Casey became an Owner and Operator of the Funeral Home which became Starrett-Rose Funeral Home. In 2008, after selling their interest in the funeral home Casey & Walt moved back to Dallas. Casey became a General Manager for several funeral homes and Funeral/Cemetery combination locations in the Texas DFW Metroplex, before moving here to the Pacific Northwest. Casey was recently elected to a two year term on the Board of Directors of the Washington Cemetery, Cremation & Funeral Association (WCCFA).

Casey & Walt have served several communities in many ways – one as board members of Paris Habitat for Humanity, and chairs of the Heritage Tourism Committee for Visionaries in Preservation. Casey is passionate about the re-birth of cities downtown areas, historic preservation, and grief recovery to mention a few. 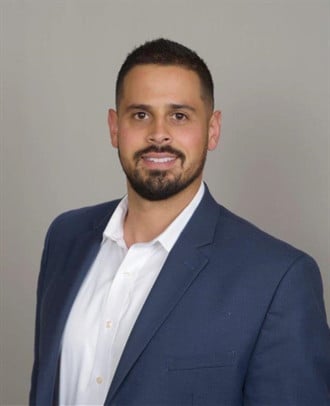 Being a Washington resident for over 10 years, his roots in the community and the culture allow him to truly understand and connect with the families that we have the privilege and honor to meet every day. Having served six years in the United States Armed Forces, Ray takes pride in serving our valued Military community in Washington with greater understanding and empathy of each individual service member’s history. Ray is committed to providing excellence in pre-planning, daily functions, community events and in the upkeep of Mt. View Memorial Park. Knowing that his own loved ones have been laid to rest within the company’s network of Funeral and Memorial Parks, Ray understands the emotions and concerns of other families like himself. 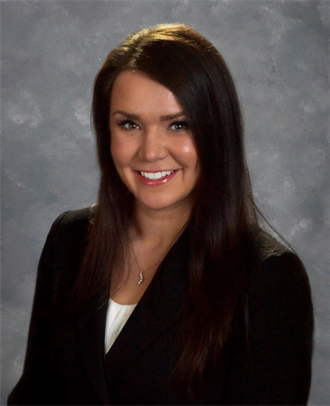 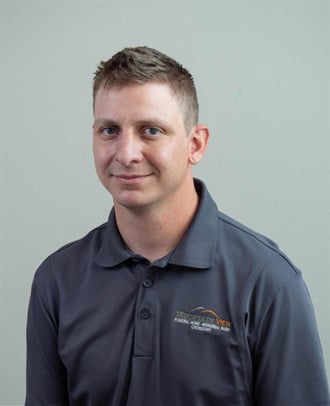 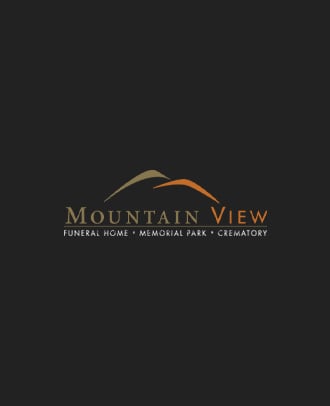 Alyssa has been a part of the Mountain View family for the last four years and has a long history of working with large groups and interacting with different people. She leads a team of 14 amazing professionals who are top-notch in their field. Learning something new daily is a passion of hers. Alyssa finds the local history of Mountain View Memorial Park inspiring! 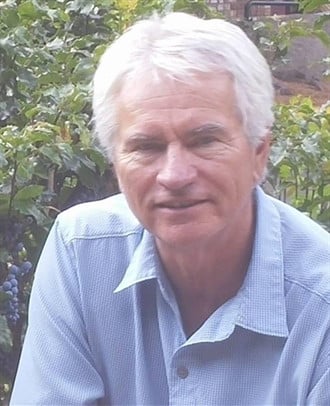 Geoff Piper is an experienced grief group facilitator, counselor and teacher. His experience includes 40 years supporting bereaved people in a variety of settings. He has been a pastor, a Hospice bereavement counselor, funeral home Bereavement Director and Consultant, and private practice grief counselor. Geoff has taught classes and seminars on grief for college, community and church groups.

As our Grief Consultant, Geoff facilitates Mountain View’s bereavement support program. He leads support groups, classes and special events; is the contact person for information about grief support here and throughout the community; and provides individual grief consultations to help people identify and connect with resources to help them through their bereavement.

As our customer, you are entitled to request additional information regarding how we collect and use your personal data. This process is frequently referred to as a Subject Access Request. Once we receive your request, we'll send you a confirmation. It can take anywhere from 7 to 45 days to compile your data, and you'll receive an email when it's ready.