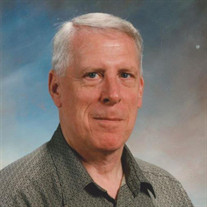 On April 12, 2022 in his Tacoma home, after 80 years, Ray was taken from us. He will be remembered for his generosity, broad intelligence, and loving nature. In the summer of 1941 Frank and Anna Plattner welcomed a baby boy. They built their life with two children, raising them in Tacoma, Washington - although Ray would travel far, he would always return home to Tacoma. In 1959, at 17 years old, Ray signed a blank check payable up to his life, and enlisted in the United States Navy. He fought during the Vietnam War and during his career he spent 3 consecutive years aboard the USS Kitty Hawk and the USS Ranger. Other assignments took him to Guam, New Jersey, and California. in 1979, after 22 years of honored service, Ray retired from the Navy as a Command Master Chief. Ray earned his Associated Degree Magna Cum Laude from De Anza College. He then obtained his Bachelor degree in Business Administration, Magna Cum Laude from Pacific Lutheran University In 1985 Ray was hired by the Boeing Company and fell in love with the Aerospace Giant. He received many awards and special recognition for his hard work throughout his career; there is now a conference room named for Ray. He retired again from Boeing as a Senior Management Officer of Procurement after 22 years. Ray also knew how to make the most of his off hours. He enjoyed camping, fishing, hunting, gold prospecting, road trips, politics, and spending time with his family and his friends. He was a fan of John Wayne, Clint Eastwood, Corvettes, and the Seattle Seahawks. His generosity extended to several charitable organizations. Ray was preceded in death by his parents, Frank and Anna; his sister Vickie Ulrich; and his son Ray Plattner Jr. Those left to remember and continue to love Ray are his three daughters Alicia Hamm-Honza, Nicole Plattner, and Kristina Puglia. A Committal Service with Military Honors will take place at Tahoma National Cemetery on May 10th, at 12:30 PM In lieu of flowers, memorials may be made to Paralyzed Veterans of America.

On April 12, 2022 in his Tacoma home, after 80 years, Ray was taken from us. He will be remembered for his generosity, broad intelligence, and loving nature. In the summer of 1941 Frank and Anna Plattner welcomed a baby boy. They built their... View Obituary & Service Information

The family of Raymond 'Ray' Leroy Plattner created this Life Tributes page to make it easy to share your memories.

Send flowers to the Plattner family.