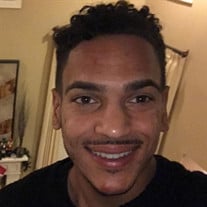 The world is a little less bright having lost the lumination that was Panago's life. Everyone who had the privilege of knowing Panago will forever have a piece of his compassion, friendship, loyalty, laughter, and love. Panago had a tattoo on his forearm of a three linked chain. The links had the initials of his mother, me (his brother), and himself. We immigrated to the United States at his tender age of two. The three of us served as a tight knit unit to survive life in a strange land. The bond formed between us remains unmatched. The three links were to serve as a core to which we would add more links as we grew older and started families of our own. Panago graduated from Wilson High School in 2008 and received a degree in Biology from Pacific Lutheran University in 2012. He served in Americore for a number of years spending most of that time at Giaudrone and Jason Lee middle schools. He was preparing to take the LSAT and apply to law school this winter. Panago was one of the most naturally intelligent and capable persons we knew. He recently began a job at State Farm that he found very rewarding. He prided himself on being able to help frustrated clients and turn an angry caller to a satisfied one. His customer service was recognized by his supervisor numerous times. He was the consummate people person. Panago loved spending time with his family, girlfriend, and friends. His humor was infectious. He had a passion for working out especially at the YMCA. He had lost over a hundred pounds and developed an amazing physique. We were all very proud of his dedication. He also had an immense interest politics and social justice. His commitment to the greater community was exemplified by his time at Americore as well as his involvement in protests and rallies against police brutality. It is with great sadness that Panago was lost to the effects of severe epilepsy and a subsequent hospital infection. At his side the entire time were his family and loving girlfriend that did not leave him alone for one moment. During his last days he hopefully could hear us through his induced coma tell him over and over that he was loved, appreciated, admired, respected, adored, and wanted to return to us. We did our best to fight for him because we knew he always did and would fight for us. Unfortunately fate had a different plan and we lost him the morning of August 22nd 2017. Those of us who continue to love him carry the pain and agony of not having his body to physically express our love and affection. But we firmly believe that his energy is all around us and all we have to do is persist in thinking our love, feeling or love, and expressing our love to that energy. We are truly devastated. No words can express the black hole we feel in our hearts. We can only hope that anyone that knew him continue to carry his memory. Reference his name or experiences that he graced you with. We can keep Panayotis Alexandros Horton in our world by thinking and speaking our memories as long as we live. Panago you are irreplaceable and unforgettable. We cannot fathom a reality without you. But will carry you with us until we see each other again. No one will ever compare to you. One of your favorite authors, James Baldwin, once wrote: "Life is tragic simply because the earth turns and the sun inexorably rises and sets, and one day, for each of us, the sun will go down for the last, last time." We cannot wait until that time that the sun setting means reuniting with you. We love you so much. Panago is survived by his best friend and mother Georgia, his comrade and brother LeRoy, the love of his life Nicollette, and all his family and friends. Visitation will be held on Friday August 25, 2017 from 2:00/PM to 6:00/PM at the Mountain View Funeral Home, 4100 Steilacoom Blvd. SW Lakewood WA 98499. Family and friends kindly invited.

The world is a little less bright having lost the lumination that was Panago's life. Everyone who had the privilege of knowing Panago will forever have a piece of his compassion, friendship, loyalty, laughter, and love. Panago had a tattoo... View Obituary & Service Information

The family of Panayotis Alexandros Horton created this Life Tributes page to make it easy to share your memories.

The world is a little less bright having lost the lumination...

Send flowers to the Horton family.