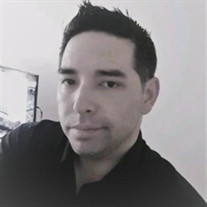 Jeffrey (Jeff) Saunders Wilson, 40, of Des Moines, Washington passed away at his home on October 14, 2021. Jeffrey was born on September 16, 1981 in Nuernberg, Germany where his father was stationed in the US Army. He is a graduate of Lakes High School in Lakewood, Washington where he played on the varsity Football and Golf teams. He subsequently attended California State-San Bernardino and Washington State University pursuing a degree in Management Information Systems. While in college, he began to work in the restaurant industry and continued for the next several years while working on the Microsoft Certifications necessary to qualify him for various Informational Technology (IT) positions. In 2016 he realized his career dream landing a job with Digital Fortress in greater Seattle working as a Network Operations Center Technician. A cyber security expert with an unquenchable thirst for information and knowledge, Jeffrey specialized in Penetration Testing and server administration. Jeffrey is survived by his father, LTC (Ret) Walter Durward Wilson; mother, Ok Pak Wilson; sister Jane Angela Wilson; stepmother Karen Lynn McIver; and nephew Julian Walter Hickmon. He also had several uncles, aunts, and cousins. Jeffrey’s hobbies included skiing, golf, and video gaming. Jeff had a lifelong love affair with cars. To his father’s dismay, he purchased his first car, a Porsche 911, via eBay, shipped from Texas. He drove it to college in San Bernardino where it heightened his college experience but lightened his wallet. Later he transferred his affections to the Subaru WRX with it’s more affordable repair prices. He was a serial WRX owner. He also enjoyed car racing and often fantasized about driving European race cars. He loved spending time with his beloved nephew, Julian, who he always called his little “panda bear.” Spending time with Julian was the only thing that made him happier than whipping his father in a game of golf. Among his favorite foods was Korean fare and he always enjoyed his mother’s cooking of a wide variety of Asian delicacies. Jeff was a caring and sensitive soul whose generosity of spirit and deeds will forever be remembered by family and friends. We will always carry his memory in our hearts. A Celebration of Life Memorial will be held in early 2022.

Jeffrey (Jeff) Saunders Wilson, 40, of Des Moines, Washington passed away at his home on October 14, 2021. Jeffrey was born on September 16, 1981 in Nuernberg, Germany where his father was stationed in the US Army. He is a graduate of Lakes... View Obituary & Service Information

The family of Jeffrey Saunders Wilson created this Life Tributes page to make it easy to share your memories.

Send flowers to the Wilson family.