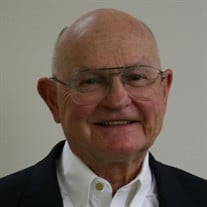 J.A. (Jim) Bricker died peacefully at his Tacoma home overlooking Commencement Bay on Sunday, October 3, 2021, at the age of 87 after a brief battle with lymphoma. Jim was born in Fort Wayne, Indiana and with his parents Lauren and Velma and sister Janelle, moved west to Washington State when he was a teenager. Jim attended Clover Park High School in Lakewood where he was active in athletics and showed a budding interest in government affairs. Jim spent two years as president of the Foreign and National Affairs Club and attended the Youth Legislature in Olympia, while serving with schoolmate Booth Gardner on the campaign committee to elect their friend Tore Nielsen as Student Body President. Jim attended Pacific Lutheran College (PLC), now Pacific Lutheran University (PLU), graduating with a Bachelor of Arts Degree in 1956. Jim later completed a Masters of Public Administration at the University of Washington. During his time at PLC, he played football for coach Marv Harshman and joined the Marine Corps Platoon Leaders Class. PLU remained a consistent presence throughout his life, as an adjunct faculty member, teaching public policy and the legislative process between 1963-2001, and as an Alumni donor. After graduation from PLC, Jim reported for active duty in the Marine Corps in June 1956 and served in Japan until June 1958. He then entered the Marine Corps Reserve, rising to the rank of Colonel, until transitioning to the Retired Reserve in July 1986. Although retired, he remained very “active” in the Marine Corps Support Group, and was affectionately referred to as their “Senior Colonel”. Jim continued to want to do what he could to be of service to the Marine Corps. He began his civilian career as a Senior Budget Analyst with the State of Washington in 1960 and served the State in many capacities, including Director of the Committee Services Division (Senate Research Center), Analyst and Special Assistant to the Governor’s Office, the National Conference of State Legislatures and the National Governor’s Association. Jim developed an interest and expertise in policy related to higher education. After retiring from the State in 1992, he served again having been appointed as a member of the State Board for Community & Technical Colleges from 2005-2016. In 1992, Jim joined PEMCO Financial Services as Director of Government Affairs until 2013. Jim and Stanley O. McNaughton, former CEO of PEMCO, teamed together to improve educational outcomes in Washington. When Jim retired from public service he brought his spirit and humanity to PEMCO when he joined his friend at PEMCO and established PEMCO’S legacy of participating in public initiatives. PEMCO’s current President and CEO Stan McNaughton commented that “Jim has taught us by his example that relationships and mutual respect are key to success.” Early in his career while working in Olympia, Jim was introduced to Judy Tjossem by his future brother-in-law, Robert Tjossem. Jim and Judy were married in April 1970, and he was a devoted husband and father to his sons Larry and Stephen Bricker. Jim and Judy resided for many years in Olympia and also found a shared love for the town of Coupeville on Whidbey Island, where they purchased a home that has become a wonderful family retreat to this day. He will be lovingly remembered by his sister Janelle Personius, sons Larry Bricker (Lynne Dee) and Stephen Bricker (Robin), grandsons Donald Bricker (Kendall), Alex Bricker (Terris), granddaughters Dee Anna Bricker and Kay Cee Bricker, great-granddaughter Weslynn Bricker, great-grandsons Gunner Bricker, and Crew Bricker, as well as companion Joanne Seng, many nieces and nephews to whom Jim was their cherished “Uncle Jim”. He was preceded in death by parents Lauren and Velma Bricker, Sister Joyce Karsten, and wife Judy Tjossem Bricker. Central to who Jim was, he conducted every aspect of his life by serving others and building relationships. Jim selflessly served his country, his state, his community, his family, his friends. Jim mentored, taught, and inspired many with excellence, humility, wisdom, integrity, and humor. He will not be forgotten, nor will the mark he has made on this world and the people who knew him be erased. Interment and graveside service will be at Sunnyside Cemetery in Coupeville Washington in 2022. A Celebration of Life service will be held November 13, 2021 at 2:00pm at the Anderson University Center on the campus of Pacific Lutheran University. Proof of vaccination or a negative PCR Test result within 72 hours is required to attend. Live streaming of the service is planned. Please visit https://www.mountainviewtacoma.com/obituaries/J-Bricker/ for details. Donations may be made in Jim’s name to the Marine Corps Support Group, where Jim’s last volunteer effort was to mentor an Afghani interpreter credited with saving many Marine lives in Afghanistan. Jim assisted him for three years in progress toward citizenship up until the last weeks of his life. The address is at PO Box 50744, Bellevue, WA 98015 or www.WAMarines.org, or to Pacific Lutheran University in support of political science department students with likeminded aspirations for civic responsibility and service at https://www.plu.edu/advancement/tribute-giving/ To view a livestream of the service, please visit https://youtu.be/UcGtEcSLNJQ

J.A. (Jim) Bricker died peacefully at his Tacoma home overlooking Commencement Bay on Sunday, October 3, 2021, at the age of 87 after a brief battle with lymphoma. Jim was born in Fort Wayne, Indiana and with his parents Lauren and Velma and... View Obituary & Service Information

Send flowers to the Bricker family.