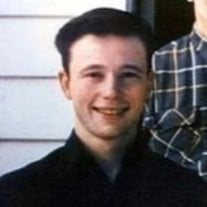 illiam F. (Bud, Buddy, Bill) Coddington, Jr. April 14, 1936 - January 13, 2022 Lakewood, Washington - Bud, 85, was born in Tacoma, the son of William F. Coddington, Sr, and Johanna Coddington (Hilseth). Bud graduated from Clover Park High School, Class of 1955. He served in the U.S Army in 1965. He married the love of his life, Linda Coddington, and they settled in Lakewood. They celebrated 52 years of marriage in October. In 1998 he retired from Clover Park School District. Bud was one of Jehovah's Witnesses and he would often volunteer his time in the organization. He enjoyed woodworking, (Jack of all trades) fishing, and camping. His main focus was his family and opening his home to others who viewed him as a loving father figure. In addition to his parents, he was predeceased by his brother David Coddington. Surviving in addition to his wife, Linda, are his children, Heather Bronson (Steve), Tamara Hewitt (Jason), Amy Coddington, & William Coddington III (Helana); six grandchildren, Paul (Amaranta), Amariah, Zechariah, William IV, Henry, & Gwendolyn; one great-grandchild, Emerald; sister-in-law Freda (David & Laurie) and a close family friend since the age of 2, Steve Kennedy & family. Loved by many and truly will be missed. A memorial of remembrance will be held at 3 pm, Jan. 30. Please contact the family for more information.

The family of William F Coddington Jr. created this Life Tributes page to make it easy to share your memories.

Send flowers to the Coddington family.