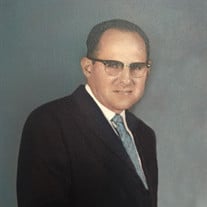 William Howard Balmer was born on December 7, 1926 in Kapowsin, WA to Jewel and Jacob Balmer. Leaving the family farm behind, at the age of 17, he joined the Merchant Marines and aided the U.S. Navy during World War II. While serving on a diseased ship, he contracted tuberculosis. His life was spared by an extreme, yet life saving procedure, leaving him with many ribs removed and a partially collapsed lung. He spent the next 18 months fighting for his life in a hospital bed and while those around him did not survive his true character came shining through as he recovered with a tenacious will to live. The doctors advised him that he may not live past 60; he proved them very wrong. While in the hospital knowing his career as a Merchant Marine was cut short, Bill was introduced to the grace and love of the Lord Jesus Christ and accepted him into his heart as his lord and personal Savior. A relationship that has spanned over 70 earthly years and continues on in Glory. Upon his full recovery Bill began a new career with the railroad, working briefly with Burlington Northern and ultimately retiring as a senior clerk with the Union Pacific Railroad. Though fond of the railroad there was a deeper calling to be answered within his heart in service to the Lord and so began a decades long mission to be the utmost for his highest. A serendipitous meeting at church would be where Bill met the love of his life, Anna Mae Smith. they were married on September 14, 1962 and were blessed with their daughter, Debbie and son, Paul. Their partnership was founded in love for each other and Jesus Christ. Side by side Bill and Anna Mae have met life’s triumphs and challenges together for nearly 60 years. With the love of his supporting wife, Bill spent many years holding church services at the Tacoma Rescue Mission as well as offering church services and counsel to prisoners at the Pierce County Jail; where ultimately he became a volunteer Acting Chaplain. Bill shared the love of Jesus Christ with the county’s inmates for over 60 years. Although never one to speak of earthly rewards his commitment was recognized and honored by the Office of the Sheriff for outstanding service to the Pierce County Sheriff’s Department in 1991 as well as the award for Volunteer of the Year bestowed by Pierce County upon him in 1993. During the 1960’s Bill became licensed and credentialed as an ordained minister through Bethel Fellowship International. A missions organization he and Anna Mae would be involved with for the rest of his life; committed to spreading God’s word around the world. Reverend Balmer’s leadership in Christ culminated in the volunteer pastorship of Bonney Lake Chapel, a Bethel Fellowship Church in Bonney Lake, WA. where he served his beloved congregation for 10 years. Bill sacrificed much to meet the needs of those reaching out for help and touched many hearts by offering his compassion to those in need of Christ’s love throughout his long life and can only be described as a true soldier of the Cross. “Well done, thou good and faithful servant: thou has been faithful over a few things, I will make thee ruler over many things: enter thou into the joy of the lord.” Matthew 25:21 In his personal life Bill enjoyed gospel quartet music, ice cream on Tuesday nights, summer trips to Newport Oregon and pie during the holidays. He especially enjoyed working in his beautiful and abundant garden & orchard that he tended to until the end. He and Annie were famous among the family for their homegrown veggies, self-canned green beans, potatoes, apple and pumpkin pie and don’t forget Bill’s delicious homemade raspberry jam! Most of all, Bill was dedicated to and loved his family. He is survived by his beloved wife, Anna Mae (of nearly 60 years), daughter Debbie Bare and Son Paul Balmer. He is also survived by his sister Sharon Wickham, granddaughters Tasha Bare, Mariah Nguyen & Savannah Balmer and his great granddaughter Kairi Bare. He will be greatly missed by his family, friends and church community.

William Howard Balmer was born on December 7, 1926 in Kapowsin, WA to Jewel and Jacob Balmer. Leaving the family farm behind, at the age of 17, he joined the Merchant Marines and aided the U.S. Navy during World War II. While serving on a diseased... View Obituary & Service Information

The family of William H. Balmer created this Life Tributes page to make it easy to share your memories.

Send flowers to the Balmer family.