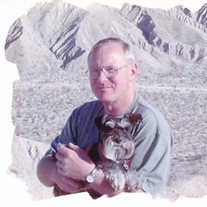 THOMAS BASIL DOYLE was born on December 23, 1936 in Missoula Montana. Basil spent his formative years growing up in Superior Montana. At heart he remained a Montana boy throughout his life with a love on the outdoors, sporting activities like hunting and fishing, and surviving off the land with his gardens. Basil attended Gonzaga High School in Spokane….. Go Zags. In 1958 Basil graduated from Carroll College in Helena Montana with a degree in education. He moved tp Washington in 1965 and raised his family in Gig Harbor WA. As an adult he pursued careers that allowed him to work outdoors in the lumber and construction industries. Summers would find Basil in Alaska with his wife, Carrie, and her parents, John and Gert, his boys, Jeremy and Justin, his brother, Jake and his sons and friends. His vegetable gardens are legendary and he loved to preserve and share his fruits and vegetables. A quiet, practical, and frugal man by nature who expressed his love and generosity through the sharing of his bounty from fishing and gardening. Basil (or Tom as he preferred) leaves behind his wife of 44 years Carolyn, three sons Jeremy (Gigi) of Draper UT, Justin (Marla) of Lake Tapps WA, a Mark Winans of Fairbanks AK and a daughter Michelle (Brando) Skanes of Onalaska WA and 4 granddaughters Taylor Skanes, Autumn, Brenna, and Ashley Doyle and two grandsons Gavin and Gage Doyle. Basil was the last of four brothers standing in a family of eleven and his seven sisters Sara (joe) Migas Mill Creek WA, Thresa (Mike) Henderson Renton WA, Madeline (Ji) Pinsoneault Edmonds WA, Marg Lincoln Conway Missoula MT, Kathy Jasper Superior MT, Betty Doyle Renton WA, and Eileen (David) Oatley Scottsdale AZ will miss him greatly. Basil also has many nieces and nephews who remember him fondly for his sense of humor, wry smile and twinkling blue eyes. He was also a master of creative delicacies from his fishing and garden. On February 6, 2022, after a heartbreaking battle with Alzheimer’s Disease, he is now reunited with his parents Jerome (Doc) and Viola, his brothers, Jake, David, and Bobby and his beloved Schnauzers Pepper, Susie, Abby, Max and Missy. A memorial will be held on Saturday May 21, 2022 at 1:00 pm In the Willow Room at Mountain View Funeral Home in Lakewood WA. The family expresses thanks to the staff and management at Hampton House in Lacey WA for the work they do every day to care for patients and families suffering with Alzheimer’s Disease. A tribute page been created in memory of Thomas Basil Doyle through the Alzheimer’s Association.

THOMAS BASIL DOYLE was born on December 23, 1936 in Missoula Montana. Basil spent his formative years growing up in Superior Montana. At heart he remained a Montana boy throughout his life with a love on the outdoors, sporting activities like... View Obituary & Service Information

The family of Thomas Basil Doyle created this Life Tributes page to make it easy to share your memories.

Send flowers to the Doyle family.