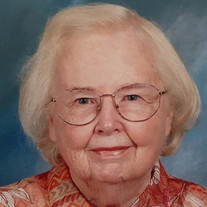 Sidney Charles was born in Fort Worth, TX to Charles Jenkins and Sidney Mauldin on April 27, 1920. The first names of her parents were given to her which meant there were lots of nicknames or even assumption of gender over the years, especially in school. At the tender age of 2 her mother married HR Lee in Johnson, TX. Sidney became the oldest sister to 5 more siblings over the next 13 years; 2 brothers and 3 sisters. Her growing up years included living in several towns in Texas and ending up in Fort Worth. At a young age, Sidney started a long relationship with her Lord and Savior, Jesus Christ. She was active in church and was known for being a faithful “Prayer Warrior” right til the end. At 22 she met the love of her life, Jesse Gonzales Jr. They wed in August of 1942, and he shortly thereafter was sent to England as a Civilian during WWII. He contracted meningitis and returned to his darling in December of 1943. They lived in San Antonio and began a family. Jesse Charles arrived in 1946. The family moved to the Rio Grande Valley and settled in McAllen. Two more sons joined the family, Joseph and Jon. During that time Sidney was stricken with tuberculosis. She was able to attend university with 3 growing boys, and graduated from Pan American University in 1969, earning a BA in Education and taught bi-lingually in elementary school in McAllen, TX until she retired in 1981. After her husband passed in 1982 she left McAllen and took up residence in Fort Worth and stayed there amongst family and friends until she moved to Lakewood, Washington in March of 1990. She joined the family of Jesse Charles, on the “Sweet Acre” and enjoyed making new friends, active with the women at Lake City Community Church, and loved to go traveling with the senior group, especially if it had to do with flowers! Sidney had a passion for journaling, reading, master of memorabilia and creating lovely things out of yarn. Sidney loved getting to watch her granddaughters grow up. Two grandsons joined her family in Texas. She got to keep up with them long distance through pictures, phone calls and a few visits. Sidney had a special connection with her siblings and enjoyed traveling with them when she could. A special time was on her 90th Birthday when all of her sons and their families and her sister Katie got to come for the celebration! Her 100th Birthday was celebrated ala Covid19. She was overwhelmed by cards from many friends and family members. As she opened the cards, it brought up many stories from the past about many of those who sent them. A quiet 101st Birthday came this year. It was the downhill spiral in health. Her faith kept her strong until the end, having many conversations with God! Her victory came Sunday, June 6th very peacefully in the home with family at her side. Sidney is preceded in death by her husband Jesse, brother HR Lee Jr, sisters Marie Wagner, Lajuana Cobler and granddaughter Alison Gonzales. She is survived by her sons Jesse Charles (Becky) of Lakewood, WA, Joseph Gonzales of Victoria, TX, Jon Gonzales (Beverley) of McAllen, TX, granddaughters April Dunn (Rick), Amanda Morrow (Eron), grandsons Cody Gonzales and Colton Gonzales (Viviana), great grandchildren, Lola and Aiden Dunn and Landon and Nash Morrow, siblings, Robert Lee of Everman, TX and Katherine Livingston of Las Animas, CO and many nieces and nephews, and grand-nieces and grand-nephews in Texas and Washington. She will be missed by all! As per Sidney’s wishes, there will not be a memorial.

Sidney Charles was born in Fort Worth, TX to Charles Jenkins and Sidney Mauldin on April 27, 1920. The first names of her parents were given to her which meant there were lots of nicknames or even assumption of gender over the years, especially... View Obituary & Service Information

The family of Sidney Gonzales created this Life Tributes page to make it easy to share your memories.

Sidney Charles was born in Fort Worth, TX to Charles Jenkins...

Send flowers to the Gonzales family.