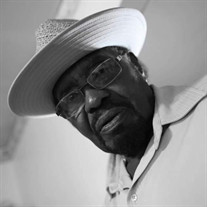 SFC Rogers William Anthony, Sr. (best known as “Tony”), 91, was born in Birmingham, AL to Robert Leedell Anthony and Henrietta Louise Anthony on October 20, 1930. Tony had a strong faith in God throughout his life and always found time to study his Bible and strengthen that faith and expand his knowledge. Since living in Tacoma, he found a home at St. John’s Baptist Church before eventually settling in at Mt. Sinai Missionary Baptist Church where Reverend Charlie Price married him and his wife, Leonette on June 23, 1972. He proudly served for 21 years in the United States Army, where he fought in the Korean Conflict and the Vietnam War. After retiring from the Military in September 1972, he settled in Tacoma, WA where he continued work as a Corrections Officer for the Federal Prison system at McNeil Island Prison until fully retiring somewhere between 1976 and 1978. He continued to work as an advocate for the Veterans over the years as a member of the Board of Directors of the African American PTSD Association in Lakewood, WA. He also served as a personal mentor to many of the Vets that found him sitting at his preferred seat and table in the Canteen at the American Lake VA Hospital where he spent a lot of his time telling stories, giving advice, and just hanging out around his Military brothers and the beloved VA staff. Being around them did a lot for keeping Tony in good spirits. So they helped him just as much as he helped them. While surrounded by family, Tony’s long fight came to an end on Thursday, May 26, 2022 at 1:12am at St. Joseph Medical Center in Tacoma, WA. Preceding him in death are his daughter, Debra Anthony; brothers, Curtis Ray Anthony and Robert Lee Anthony; and sisters, Phyllis Jean Pierce and Dorothy Louise Hayes; and his beloved cat, Sylvester. Tony leaves behind by his wife of nearly 50 years, Leonette Marion Anthony; children, Rogers William (Mildred) Anthony, Jr., Douglas Terry Anthony, Theresa Marie (Jeffery L.) Hollands, and Dorothy Louise Anthony; grandchildren, Valencia Anthony Brock, Daniella Anthony Banks, Douglas Terry Whaley, and Emanuel George Kokinos; a host great grandchildren, great-great grandchildren, nieces, and nephews; and siblings, Charles Pierce, Jr., Calvin Pierce, Sandra Faye Pierce, and Melvin Pierce. He loved his family dearly and was proud of them, the kind of people they became, and all they have accomplished. He strived to provide for them and protect them the best he could in every way he knew how. He lived a full life, filled with experiences that most will never truly grasp. His wisdom came from those experiences and the time he spent living a life he was never in a hurry to leave. He certainly left us with a lot of knowledge he passed along and we will take those lessons forward with us. Like the true soldier he was, he fought a hard battle and never intended on giving up or giving in. “No mission to difficult, no sacrifice too great. Duty first!” The Anthony Family would like to give special thanks to some of the significant people who aided in the excellent care given to Tony. Dr. Dhalabi and Dr. Spece are the two Pulmonologists who helped him and his family understand and navigate how to manage and slow down the progression of his condition. His primary care Physicians, Dr. Hersch and Dr. Falzgraf are appreciated for the level of care and respect they showed Tony. He truly cared for all of his doctors and those who honestly kept his best interest in mind. He felt at ease with them both and felt like he was given the best care and understanding one could ask for. We would also like to say how much we appreciate Matthew McClarren, RN, who served as Tony’s home nurse over the past couple of years and Lindsay Strong, who was his in-home Physical Therapist. Tony looked forward to Matthew and Lindsay’s visits. He felt like he was in good hands with Matthew looking out for his overall health and well-being alongside the family. He appreciated how Lindsay worked with him and around his condition. He always pushed himself a little further than what she asked of him. Anything he could do to continue trying to regain and maintain strength for as long as he could, he did. That’s the natural drive he had and a testament to the way he fought to sustain the life he loved so much. Services, officiated by Reverend LeRoy Wortham, Jr, will be held on Saturday, June 11, 2022 at 11:30am in the Aspen Chapel - Celebration of Life Center at Mountain View Funeral Home. Following, will be a Military Honors Ceremony at Liberty Bell Court in Mountain View Memorial Park at 1:00pm. And finally, we will be celebrating Tony’s Life back at the at the Celebration of Life Center.

The family of Rogers W. Anthony Sr. created this Life Tributes page to make it easy to share your memories.

Send flowers to the Anthony family.