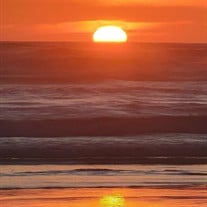 Roberto Laird Toledo IV passed away in Tacoma, Washington on Thursday, November 4, at the age of 77. Roberto is survived by Greta N. Toledo his devoted wife of 49 years, and lovingly remembered by daughters Shenan Toledo and Grace Finch, son-in-law Michael Finch, and six grandchildren Noah, Eden and Luke Purcell and Charles, Noelle and Jackson Finch, brother Edgardo Toledo, sisters Belma Villa, Mariza Craig and Diana Toledo and in laws, numerous nieces, nephews, cousins, and extended families. He is preceded in death by his father Jesus Toledo, mother Helen Laird, sister Eva May Smith, and nephew Dexter Villa. Roberto was born in Floridablanca, Pampanga, Philippines on July 16, 1944 to Helen Laird and Jesus Toledo. He attendedAraneta University and the University of the East in Manila, Philippines. He emigrated to the United States in 1974 and enlisted in the US Army in 1975. After basic training at Ft. Leonard Wood, Missouri, he was stationed at Ft. Lewis near Tacoma, Washington and was honorably discharged as a Sergeant in October 1978. Following his military service, Roberto held a number of jobs before completing his training at Clover Park Technical College and settling into a role as a trainer and counselor for individuals with developmental challenges. Throughout his retirement, he continued to serve as a volunteer advocate for adults with disabilities. Family was Roberto’s greatest joy. He was a supportive, engaged and ever-present husband, father, grandfather, son, brother and uncle. An animal lover since childhood, he was known to feed squirrels and birds from the palm of his hand. His gentle kindness extended to all those in need of assistance and he frequently played the role of GoodSamaritan to friends and strangers alike. Roberto had a unique flare and style all his own to include his iconic wide brimmed leather hat, denim jackets and symbolic jewelry. Roberto will be missed for his unapologetic generosity, individuality, and integrity. A memorial mass will be held at 11:00 am, Thursday, November 18, at Holy Cross Catholic Church, 5510 N 44th Street, Tacoma, Washington. His ashes will be interred at Mountain View Memorial Park on Monday, December 13.

Roberto Laird Toledo IV passed away in Tacoma, Washington on Thursday, November 4, at the age of 77. Roberto is survived by Greta N. Toledo his devoted wife of 49 years, and lovingly remembered by daughters Shenan Toledo and Grace Finch, son-in-law... View Obituary & Service Information

The family of Roberto Laird Toledo created this Life Tributes page to make it easy to share your memories.

Roberto Laird Toledo IV passed away in Tacoma, Washington on...

Send flowers to the Toledo family.