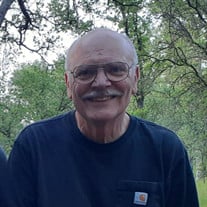 Robert (Bob) Wendell Schwartz was born in Tacoma Washington July 5, 1947. He entered into the presence of our Lord on April 7, 2022, at the age of 74, and is preceded in death by his parents Wendell Robert and Lillian Lorraine (Morisse) Schwartz.... View Obituary & Service Information

The family of Robert Wendell Schwartz created this Life Tributes page to make it easy to share your memories.

Send flowers to the Schwartz family.