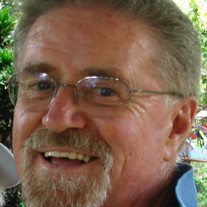 Bob was born in 1938 at home in Onalaska, WA to Marjorie and Frank Reed. He was one of 13 siblings. After high school Bob joined the Merchant Marines and saw many parts of the world. Returning home, Bob went to work for the Tacoma Longshoremen until he retired in 2003. He enjoyed his work and his brothers at the ILWU. Bob had several loves in his life: God, golf, family, fishing, hunting, and travel. Bob was married to his first wife Diane for 29 years until she passed in 1993. He had two wonderful children, 4 awesome grandchildren, and a plethora of nieces and nephews. Bob remarried in 1995 to Robin and they enjoyed gathering with family for holidays and dinners. Raised in a Pentecostal home, Bob promised his mom that he would go to the mission field. In the 90’s Bob went on his first short-term mission trip. He was hooked. He participated in three more trips to Brazil, Africa, and Mexico. Then in 2006 he signed up for the School of the Supernatural in Mechanicsburg PA for training to become more effective in ministry. Throughout his life, Bob pursued his mastery of golf. He got all of his grandkids involved in junior golf so they could love the sport as well as spend time with Grampa. For a season after his first heart surgery, Bob was not allowed to resume golfing. So, he started a new hobby, carving ducks. By keeping his mind active he developed his creative side. He gifted other hunting friends with this labor of love. He was a member of Twin Lakes Country Club where he played golf with his wife and friends. Their vacations were usually spent golfing at the many wonderful courses all over the U.S. Bob always said he did not “retire,” rather, he “refired” so he could spend his time doing the things he wanted to do. Now, he is “refired” in the heavenlies. Celebration Of Life service will be held March 12th, 2022 at The Well, 702 Kincaid Ave Sumner WA. 98390 at 2:00pm.

Bob was born in 1938 at home in Onalaska, WA to Marjorie and Frank Reed. He was one of 13 siblings. After high school Bob joined the Merchant Marines and saw many parts of the world. Returning home, Bob went to work for the Tacoma Longshoremen... View Obituary & Service Information

The family of Robert Melvin Reed "Bob" created this Life Tributes page to make it easy to share your memories.

Send flowers to the Reed family.