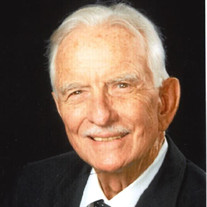 Raymond William Johnson,87, of Lakewood, passed away on January 13, 2022, at Good Samaritan Hospital. Memorial Services and Military Honors will be held at 1 p.m. Saturday, Jan. 29th, in Christ Lutheran Church, 8211 112th Street S.W., Lakewood, Washington. The family will have Graveside services at 10 a.m. on that Saturday, prior to the Memorial Service, at Mountain View Memorial Park. He was born on May 14, 1934, in Tacoma. Mr. Johnson graduated from Pacific Lutheran University in Parkland and went on to receive his Masters in Divinity. Mr. Johnson enlisted in the U.S. Army in 1969 where he would spend 27 years as a Lutheran Chaplain. During his time with the Army, he served his county in the Vietnam War. He married Jo Ann Jackson and had two sons, Paul & Kirk. Later he married, Wonda Chang. Mr. Johnson had the privilege of starting King of Kings Luther Church in Milwaukee, Oregon. During many years of serving the Lutheran Church he was interim pastor of many congregations in Washington and Montana. Survivors include his wife, Wonda of Lakewood; His sons, Paul, and wife, Jill of Montana and Kirk and wife, Kim, of Lacy; his daughter, Joan Wendel and husband, John of Atlanta, Ga.; brother, Larry Johnson and wife, Sherri of St. Louis, MO; 6 grandchildren, Ross, Colby, Taylor, Elizabeth, Alex & Amber; 5 great-grandchildren, Zaeza, Ruby, Kanin, Carter & Kabir; as well as many friends.

The family of Raymond William Johnson created this Life Tributes page to make it easy to share your memories.

Raymond William Johnson,87, of Lakewood, passed away on January...