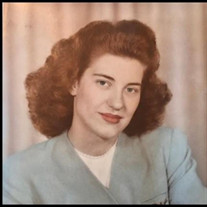 Lorraine was born in Alexandria, Minnesota, on June 26, 1921, the first of four children to Rose and Russell Mounsdon. In high school, she played the violin, occupying first chair of the entire orchestra. She also wrote poetry, her poetry published in the yearbook. She graduated from high school at 16. She met John Dattler at a picnic. He had been studying at St. John's University Seminary for the priesthood. However, he fell in love with Lorraine and left the Seminary. They were married in 1945, after his Army service in W.W.II. He continued his Army career, Lorraine serving beside him in Germany and France, from the early 1950s through the early 1970s. In France, the family lived in a village, Lorraine adjusting to village living conditions. The family traveled extensively throughout Europe. John and Lorraine retired in Lakewood, Washington. Lorraine worked for the U. S. Bureau of Prisons as an executive assistant to wardens of McNeil Island Penitentiary. She sponsored The Island Lantern, a bi-monthly publication written by and for men of the penitentiary. The publication's purpose was to give inmates self-expression, a medium for public discussion, a better understanding between inmates and the public and to be constructively informative. The publication won 33 national awards. Moreover, in association with the American Business Women of America (A.B.W.A.), Lorraine initiated and coordinated the inmate's Annual Art Show, held at the Tacoma Mall. The Art Show's purposes were to share art with many people, families and friends; to credit a portion of the Show's income to inmate artists; and to credit a small percentage of sales to the A.B.W.A. for women's scholarships at local colleges and universities. More than 1,500 of inmate art pieces were sold annually. Artwork included paintings, drawings, sculpture and copper work. Lorraine's achievements also included 1970 Woman of the Year by the Tacoma Area Federal Executive Board; 1971 Woman of the Year by the American Business Women's Association and received their 1974 Outstanding Citizen of the Year. Her name appeared in the 1975-1976 Women's Organizations and Leaders Directory. She was listed among women who were concerned with improving women's status through education, employment, political legislation and economics. John passed after 32 years of marriage. She transferred to the federal penitentiary in Inglewood, Colorado, as director of training. She later retired in Olympia, having worked 19 years for the U. S. Bureau of Prisons. In retirement, she met Karl Sturnick at an Alexandria High School reunion. They were married 25 years, living in Olympia and spending summers in Alexandria with family. Lorraine celebrated her 100th birthday on June 26, outliving two loving husbands. Her family treasures the memories. Lorraine leaves a legacy of three children, six grandchildren, nine great grandchildren, and two great great grandchildren. She is greatly missed.

Lorraine was born in Alexandria, Minnesota, on June 26, 1921, the first of four children to Rose and Russell Mounsdon. In high school, she played the violin, occupying first chair of the entire orchestra. She also wrote poetry, her poetry... View Obituary & Service Information

The family of Lorraine Ann Dattler-Sturnick created this Life Tributes page to make it easy to share your memories.

Send flowers to the Dattler-Sturnick family.