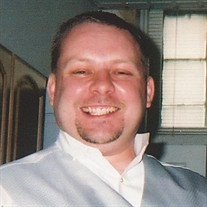 Lee Edward Smith was born on Thursday, December 14, 1972, to the union of Darrell L. Smith and Rosemary C. Snidarich in Tacoma, Washington. Lee received his formal education in the Tacoma School District and graduated from Foss High School in 1991. He was an athlete throughout his school career and participated in Ice hockey, Baseball, and Football. Growing up he spent his time with his immediate family going on road trips to Montana to visit relatives, riding bikes outside with friends and then driving sporty cars around. After graduation, Lee began his career by becoming a Plumber Apprentice, in 1999. Then continued his education at CITC in Bellevue, Washington. He gained his Journeyman PLO1 Plumber License in 2006. Lee accepted Christ and was Baptized at Liberty Baptist Church on Monday, March 3, 2003, and was baptized several other times in his adult life. Lee frequently enjoyed going golfing, bowling, and playing cornhole with friends and family. In 2003, Lee volunteered as an Assistant Coach for a youth AAU Basketball team. Lee enjoyed playing Texas Hold ‘em. He entered a tournament in 2004, that he won with a once in a lifetime hand, Royal flush of Hearts. Lee was a huge Seahawks fan, and he enjoyed going to any sporting event. Lee loved spending time with his children and granddaughter going to the Zoo, Seahawk games, pumpkin patches, movies, bowling and to church. Lee was good at making people laugh and having a fun time wherever he went. Lee valued his friendships greatly and made a lot of good memories. Lee served in the community outreach and rehabilitation programs over the past six years in Seattle, Washington. Where he became a House Leader and encouraged fellow house members to live a healthy lifestyle. Lee did mission work that took him across the states to spread the good news of our Savior Jesus Christ and help make a positive impact on people's lives. In 1988, Lee and Delany Perry met. They have two sons’ together, Darren and Kyle Smith. In 1997, Lee and Stephanie Smith-Delano met. They united in Marriage on Saturday, May 1, 2004, in Tacoma, Washington. To this union was born three children, Triston, Alyssa, and Keira Smith. Lee loved God and all his children with all his heart and soul. Lee Edward Smith, at the age 49, went to be with the Lord on Tuesday, March 8, 2022, in Seattle, Washington. He left this world peacefully with his son, Triston, and daughter Alyssa by his side. During his last days Lee was surrounded in love by immediate family: his father Darrell “Pete,” his three sisters Karie, Jennifer, and Lila, his three children Triston, Alyssa, Keira, and their mother Stephanie. Lee was preceded in death by his mother Rosemary Snidarich, Grandma Jimmie Faye Smith, and Grandpa Charles E. Smith JR. He leaves to cherish his memory: his five children Darren, Kyle, Triston, Alyssa, and Keira Smith. His granddaughter, Isolde Smith. The mothers of his children, Delany Perry, and Stephanie Smith-Delano. His Father, Darrell Smith. His three sisters, Karie Romano (Jim Romano), Jennifer Buday, and Lila Smith. Five nieces and five nephews. A host of relatives and friends that easily identify as family. Lee is loved by all and will be missed! And we know that in all things God works for the good of those who love him, who have been called according to His purpose. Romans 8:28

Lee Edward Smith was born on Thursday, December 14, 1972, to the union of Darrell L. Smith and Rosemary C. Snidarich in Tacoma, Washington. Lee received his formal education in the Tacoma School District and graduated from Foss High School in... View Obituary & Service Information

The family of Lee Edward Smith created this Life Tributes page to make it easy to share your memories.

Send flowers to the Smith family.