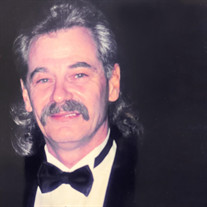 Larry grew up near Ocean Shores, Washington and moved to Tacoma in his late teens. He joined the Navy in 1964 and served our country in Vietnam. He drove gun boats on the Saigon River and was a part of the Riverine Patrol. He also served on the USS MARS. He completed his miliary service in 1969. Upon return, he married our mom Maxine Blauvelt and together they had 5 children. Terry Mriglot, Dini Pavlock, Angelea and Terry Tobacco, Teresa and Wes Wynn II, and Heather and John Bolstad. Larry spent most of his adult life playing poker and working within the gaming and casino industry. He loved the competition of a great No Limit or High/Low Poker game and really enjoyed the camaraderie and excitement that lifestyle provided. When Larry became a papa, the focus of his life dramatically changed. His pride and joy centered around his family. He loved his Sunday ritual breakfast at his sister Jennifer’s and weekly dinners with his children and grandchildren. He enjoyed catching up on our lives and loved to hear how his grandchildren were learning to navigate the world independently. He was incredibly proud of their exceptionally high academic performance and competitive sport successes-- but mostly he loved the fact that his children gave him kind, smart and caring grandchildren to be exceptionally proud of. He always attributed his legacy to the unconditional love our mother Maxine demonstrated to all of us throughout her life and our childhood. Larry’s life stories could have become one of the most interesting book series ever written, and if you knew him well, you would have been a star, character, or maybe an accessory to at least one of those book chapters. An entire book could be written alone about his famous 4th of July firework shows. A few complete books could have been filled with adventurous Vegas trips taken with family and friends several times a year. If you knew him really well, being a chapter in his story meant something very meaningful; something funny, perhaps something that still increases your blood pressure and while reading this, you are now smiling. As he always said, “you can’t put a price on a good time!” Papa certainly held the title of “The Worlds Coolest Papa!” His nephews created an annual “Uncle Larry Day” to set aside a time to have only the kind of fun their Uncle Larry had the potential to create. Larry died peacefully in his home just as he wanted, comfortable, with his favorite songs playing. As a bonus, and a long-time Raiders fan, on Thanksgiving, he had listened to the Raiders game and THANK GOD they gave him that WIN he wished for. Larry was preceded in death by many he loved. Our mother, Maxine Riley died in 1998, he never remarried. His mother, Eva, father Alvin, and brother Milo preceded him in death. Larry’s legacy lives on in his children, many grandchildren and great grandchildren, nephews, nieces and 2 sisters, Jennifer (John) and Bonnie, who all love him dearly. He also leaves behind his best friend, Michael Turnipseed.

Larry grew up near Ocean Shores, Washington and moved to Tacoma in his late teens. He joined the Navy in 1964 and served our country in Vietnam. He drove gun boats on the Saigon River and was a part of the Riverine Patrol. He also served on... View Obituary & Service Information

The family of Lawrence A. Riley created this Life Tributes page to make it easy to share your memories.

Larry grew up near Ocean Shores, Washington and moved to Tacoma...

Send flowers to the Riley family.