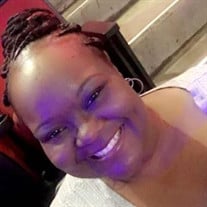 Kenya Annette Bougard-Burgess, 52, loving wife, mother, daughter, sister, aunt, and cousin of Puyallup, WA, passed away on October 22, 2021. Kenya was born on July 17, 1969 in South Bend, IN to the union of James Bougard Sr. and Jean Bougard. In her time on earth, she was influential to many lives and was loved deeply by family and friends. In her youth, she was known for her athleticism, and participated in various team sports, with basketball being her favorite. Her strategic nature was noticed by her brothers, whom she often competed with in many games. As a teenager, she attended Franklin High School in Seattle where she showed off her interests in fashion, hairstyles, makeup and met her high school sweetheart and husband, Aaron. Kenya married Aaron Burgess, Sr. on December 12, 1992, by cousin and Reverend, James Hicks. In the 34 years they were together, they had one son and one daughter whom she loved deeply. During her professional career she exemplified ambition and leadership. She took pride in her work and held many managerial titles before changing careers as a Para-Transit Driver for King County, where she worked for 13 years, without any incidents on her record, earning her the award of “Operator of the Month” in 2016. Her past-time hobbies included listening to R&B music, visiting casinos, attending musical concerts, live comedy shows and traveling. Kenya will always be remembered for her bubbly personality including her humor, style, tenacity, but most of all, her generosity and dedication to her Hebrew Israelite heritage. She inspired all who knew her and will be greatly missed. Kenya’s beautiful life will be forever cherished by her husband Aaron, mother, Jean Bougard and loving son and daughter, Aaron Burgess Jr. and Kesha Bougard-Burgess. In addition to her husband, mother and children, she is survived by brothers, Darrell Bougard of Tacoma, WA, John Bougard of Des Moines, WA, James Bougard Jr. of Puyallup, WA, and Michael Bougard of Seattle, WA; sisters, Yolanda Nearing of Tacoma, WA and Jeaneen Bougard of Seattle, WA; mother in-law, Dora Burgess of Kent, WA, brother-in-law, Michael Burgess of Kent, WA and sister-in-law, Veronica Burgess of Kent, WA; cousins, Craig (Mona) McKenzie of Elkhart, IN, Sheila Stewart of Indianapolis, IN, Chezelle Tinsley of Indianapolis, IN; along with a host of nieces, nephews and cousins. She is preceded in death by her father, James Bougard Sr; paternal grandparents, Ewing and Ida Bougard; maternal grandparents, John and Lucille Long; aunt, Ina Mae Bougard, father-in-law, Sammie Lee Burgess, sister-in-law, Evelyn Thomas-Bougard, niece, Jade Ebonii Bougard and cousin, Robin Rawlins. To view the services' recording please follow https://webcast.funeralvue.com/events/viewer/62952/hash:18FDD8BCAF755653

The family of Kenya Annette Bougard-Burgess created this Life Tributes page to make it easy to share your memories.

Send flowers to the Bougard-Burgess family.