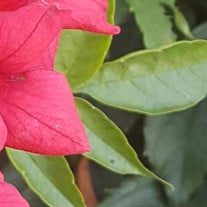 Katia Marie Lewis was born in Heerlen, The Netherlands on June 4, 1968, and died on October 28, 2021, in Puyallup, WA at the age of 53. She was a highly motivated young woman as well as thoughtful and caring when interacting with family and friends. She was quick to flash a smile and willing to accept and often become a close friend with most everyone. She was able to maintain a position of acceptance and admiration throughout any group, aptitudes seldom found in today’s society. Katia first displayed a gifted ability in sports at age 7 on a family skiing trip to Austria. A year later, she discovered her lifetime devotion to soccer while attending Mosby Woods elementary school in Fairfax, Virginia. Her soccer talent on local neighborhood teams was soon recognized by a Northern Virginia select team, the Braddock Road Galaxies, which she joined at the age of 11. As a member of that team, the Galaxies won the 1984 Eastern Regional Championship for girls 16 and under in New York. While continuing to play with her select team part of the year, Katia also played for her Fairfax High School sports teams from 1982-1986 and was awarded varsity letters in soccer (4), basketball (3), field hockey (3) and cross country (1). Upon graduation, she was offered scholarships in both soccer and field hockey and decided to pursue her passion for soccer at the University of Puget Sound. She played 4 years at UPS, was team captain in her senior year and graduated with a bachelor’s degree in social sciences. During these years Katia established a special relationship with her grandfather, J. Mayo Driskell, while he resided at Franke Tobey Jones Retirement Home. Several years later she attended the University of San Diego and earned a master’s degree in school counseling. Following her graduation at USD, she returned to Tacoma and began her professional career as a counselor at Franklin Pierce High School. She later joined the counseling staff and was offered the position of junior varsity coach for the girls’ soccer team at Riverside High School in Auburn. In 2002 Katia transferred back to FPHS, rejoined the counseling staff, and continued coaching high school soccer. Six years later she married Dorman Voshell, Jr. (JR) and together they raised their son Carson. She continued to reside in Puyallup with her family until the time of her death. Katia is survived by her husband Dorman, son Carson, parents Hugh and Mariella Lewis of Gig Harbor, WA, brother Eric Lewis and his spouse Colleen Lewis, nephew Porter Lewis and niece Savannah Lewis of Durham, NC. Family members or friends wishing to make a contribution in memory of Katia should direct it to a charity supporting mental health research in Washington state.

Katia Marie Lewis was born in Heerlen, The Netherlands on June 4, 1968, and died on October 28, 2021, in Puyallup, WA at the age of 53. She was a highly motivated young woman as well as thoughtful and caring when interacting with family and... View Obituary & Service Information

The family of Katia Lewis created this Life Tributes page to make it easy to share your memories.

Katia Marie Lewis was born in Heerlen, The Netherlands on June...

Send flowers to the Lewis family.