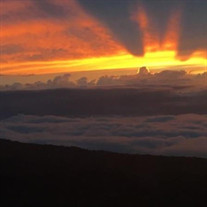 Joseph Louis Castonguay died peacefully on November 9, 2021. Joe was born in 1941 in Robbinsdale, Minnesota to Joseph and Honorate Castonguay, the youngest of ten children. He grew up in Minnesota, and then went to St. Mary’s College where he became a Christian Brother. He taught high school on the South Side of Chicago for three years before joining the Air Force in 1966. While in pilot training in Arizona he met Faye Ellison, and they were married in 1967. Joe is a veteran of the Vietnam War and served in the Air Force for 26 years. During this time, he earned his master’s degree in counseling. He had several jobs in the Air Force, but his favorite was flying the C-141Starlifter around the country and around the world. He retired in 1992 at the rank of Colonel. Joe and Faye raised two daughters: Cara Reese (Dirk) and Melinda Castonguay (Cathy). Joe was a kind and loving father, and enjoyed spending time with his grandchildren: Kellen, Carl, Makayla, and Gabriella. Although he didn’t see them often, Joe cherished visiting with his brothers and sisters and their families whenever he could. Joe also loved music. He especially loved listening to his children and grandchildren play the piano and attending their concerts. During his time growing up in Minnesota, working with the Christian Brothers, and serving in the military, the foundation of his values were faith, family, and community. During his retirement he did family counseling, substitute teaching at Olympia High School, and volunteered with Habitat for Humanity. Joe loved to be busy and liked having a project. His biggest project was building a cabin near the Hood Canal. Joe and Faye spent many happy times together at the cabin with friends, children, grandchildren, and extended family. A Memorial Service will be held on December 11, 2021 at 1:00 p.m. at St. Mark’s Lutheran Church by the Narrows, 6730 N. 17th St, Tacoma, WA, 98406. A reception will follow. In lieu of flowers, donations can be made to Habitat for Humanity at habitat.org. The world was a better place because you were in it. We love you and miss you.

Joseph Louis Castonguay died peacefully on November 9, 2021. Joe was born in 1941 in Robbinsdale, Minnesota to Joseph and Honorate Castonguay, the youngest of ten children. He grew up in Minnesota, and then went to St. Mary&#8217;s College where... View Obituary & Service Information

The family of Joseph Louis Castonguay created this Life Tributes page to make it easy to share your memories.

Send flowers to the Castonguay family.