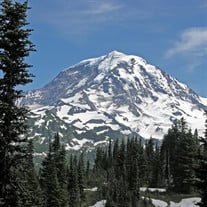 John Boardman Noble, 89, died on April 29, 2022 at Narrows Glen Assisted Living in Tacoma, Washington. He was born June 14, 1932 in Berkeley, California, to Russell S. and Virginia No-ble. His family moved to the Puget Sound region when he was a child and he considered the re-gion home until his death. John served 4 years in the Air Force, stationed in in Edinburgh, Scotland where he met his future wife Isabel Catto Anderson. After they married, John and Isabel settled in Tacoma, Washington and raised four daughters. John was preceded in death by his wife Isabel and sister Judy Mulder, and is survived by four daughters, Virginia Klemann, Linda Noble, Katrina Noble, and Laura (Mike) Piechowski. He has five grandchildren and seven great grandchildren. Following his time in the service, John returned to the Puget Sound region and finished his education at the University of Washington, earning his degree in Geology. After approximately four years with the Department of Conservation’s Division of Water Resources, John started working with Robinson & Roberts in Tacoma, Washington; became Robinson’s business partner, forming Robinson & Noble in 1972; and remained there until his retirement in 1998. John had a storied career; his maps and publications are still used as references to this day. Through his publications and involvement in the industry, John did his part to educate several generations of hydrogeologists. His love of geology and mapping of the complicated geology of our local region earned him a reputation with generations of geologists. John’s mantra was to “go out to the site” and “see for yourself”. After retiring from Robinson & Noble, John and Isabel moved to their retirement home on Harstine Island, which John referred to as “Simply Paradise”. John loved the Island life. He was an active member of the Local Kiwanis Club and a local investment club for many of his 20 years on the Island. The family wishes to give a special thanks to Curt Bragg who was a close friend of John’s and, as the daughters referred to as John’s: physical therapist, gardener, and so much more.

John Boardman Noble, 89, died on April 29, 2022 at Narrows Glen Assisted Living in Tacoma, Washington. He was born June 14, 1932 in Berkeley, California, to Russell S. and Virginia No-ble. His family moved to the Puget Sound region when he... View Obituary & Service Information

The family of John Boardman Noble created this Life Tributes page to make it easy to share your memories.

Send flowers to the Noble family.