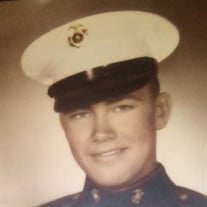 John Leroy Berger John 86 years passed peacefully on November 11, 2021 in N.E. Tacoma, WA with his family by his side. John was born to Anna and Stanley Berger on April 30th, 1935 in North Dakota Later, in life the family moved to Yakima,... View Obituary & Service Information

The family of John L. Berger created this Life Tributes page to make it easy to share your memories.

Send flowers to the Berger family.