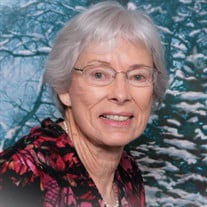 Jean Z. Reed passed away on August 16th in Puyallup, WA, one week short of her 93rd birthday. She was born in Omak and raised at the family farm located by Tunk Creek in Okanogan County, WA. At age 5, she attended first grade in the one room school house at Tunk Creek, a year early so the school had enough students to stay open. The family briefly lived in Omak and Lamont in 1936 while renting out the farm. Her parents were Felix Zbylski and Mable Lorene (Walden) Zbylski. Jean’s mother died on July 6, 1942, followed by her father on Oct 19, 1943, leaving her for a time in the care of a stepmother along with her two younger sisters who she later cared for. During her Tonasket high school years she supported herself as a live-in nanny, working in the orchards, and packing apples. She and sister Enola installed a barbed wire fence as one of their summer jobs. Jean was a high school majorette, and she made the patterns and sewed the majorette uniforms. These skills were learned on the farm. Jean graduated from Tonasket High School in 1946 and married Hugh Reed on Dec 22, 1946. They lived by Spectacle Lake in the home they built until 1955 when they relocated to Omak, where she was a longtime resident. She moved to Puyallup in 2017 for health reasons and to be near family. Jean was a resourceful home maker and also had a multifaceted career aiding her husband Hugh in early TV cable and electronics businesses. She later worked as a state apple inspector and apple packing supervisor. Jean and Hugh were long time members of the Loup Loup Ski Patrol. She enjoyed ice skating, sail boarding, bike riding, dancing, water skiing, swimming, gardening, and kite making. Jean and Hugh were both accomplished wood workers, and together they built cabinets and furniture, two houses, and a cabin. Jean was predeceased by her husband Hugh in 1992, her sister Enola Ludwick in 2014, and her half-sister Lela Mae Kurtz in 2003. She is survived by her two children, Donna Wendt (Robert) of Puyallup and Larry Reed (Wenda) of Bothell. She has three grandchildren, Kristin Curreri (Chris), Nathan “Pinky” Reed, and Colleen Northcutt (Nathan). She is survived by her sister, Shirley Hawkins, plus nieces and nephews. Jean survived a very serious auto accident in 2014 and was an inspiration in perseverance to the end, recovering from COVID contracted in December, 2020, followed by worsening heart failure. Jean passed peacefully at Good Samaritan Hospital with both of her children at her side. Due to the COVID pandemic, the memorial will be scheduled at a later date.

Jean Z. Reed passed away on August 16th in Puyallup, WA, one week short of her 93rd birthday. She was born in Omak and raised at the family farm located by Tunk Creek in Okanogan County, WA. At age 5, she attended first grade in the one room... View Obituary & Service Information

The family of Jean Zbylski Reed created this Life Tributes page to make it easy to share your memories.

Send flowers to the Reed family.