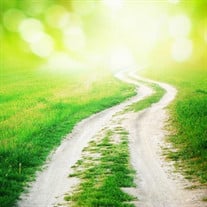 Jackie Elmore was born on September 3, 1931 in Oakland, California to James and Mary Packer. She grew up in Tacoma, Washington. One of her great loves as a young girl was ice skating and she found herself at the Sprinker Ice Rink as often as possible. Jackie graduated from Lincoln High School in 1950. After high school, Jackie started working at Central Bank on 6th Avenue, and it was there that she would make life-long friends. It was through friend connections that she met Jack. She and Jack fell in love and were later married on June 9, 1956. Jackie was baptized and confirmed at Central Lutheran Church in Tacoma. Central would become the place she would make many friends and grow in her faith. Jack and Jackie had two children: Nancy, born in June 1959, and James, born in November 1960. Every year they enjoyed family vacation time—mainly day trips to Seattle, Mount Rainer, or beaches on the Puget Sound. They also had family trips to Oregon, Canada and trips to the Ocean. One of Jackie’s favorite things to do was going for walks with Jack along the waterfront in Tacoma. In addition, they would always find places to stop and have a cup of coffee and an ice cream cone together. After her grandsons, Jonathan and Daniel were born, she always looked forward to visits when they came north from California or when she would go to visit at Christmas and other special occasions. The grandsons loved having Grandma Jackie around because they loved to mess with her by taking pictures and videos of her for the sole purpose of getting funny reactions. She was a great sport. About one and a half years before Jack passed, they moved to Parkland Court in Spanaway. What a great place to live! It was there that Jackie met many new friends and it became a special and safe place to live. Regularly worshiping and serving at church, baking for people, monthly lunches with her Red Hats group and other friends, trips to the Dollar Tree, and Goodwill and working in the yard kept Jackie moving and busy. Those who knew Jackie knew that she loved to do things for others. She was always ready to bake something—from angel food cakes to cookies and brownies, and those treats probably came with sprinkles. She rarely forgot someone’s birthday or occasion and always had a card to send. If you got a card, the envelope and/or card probably had stickers attached. Everything always had something extra attached—it was her way of expressing a little extra love. In August, 2018, Jackie moved to Anaheim Hills, California to be closer to Jim and his family. She joined Trinity Lutheran Church in Anaheim, where her son Jim is the Pastor. Even though it was difficult to leave so many things and friends behind, it was good timing. In February, 2020, Jackie was diagnosed with Lewy Body Dementia that would begin to affect her physical capabilities. She moved from her apartment into a Board and Care home. She was lovingly taken care of, and also family was able to visit her on a regular basis. Her physical abilities continued to decline. On August 24, 2021, Jackie passed away peacefully in her sleep. She is now at rest with her Savior Jesus Christ in her heavenly home. Jackie is survived by her daughter Nancy, son Jim, grandsons Jonathan and Daniel, other relatives, as well as many special friends. May God bless the memory of Jackie Elmore, child of God.

Jackie Elmore was born on September 3, 1931 in Oakland, California to James and Mary Packer. She grew up in Tacoma, Washington. One of her great loves as a young girl was ice skating and she found herself at the Sprinker Ice Rink as often as... View Obituary & Service Information

The family of Jacklyn (Jackie) Dayle Elmore created this Life Tributes page to make it easy to share your memories.

Jackie Elmore was born on September 3, 1931 in Oakland, California...