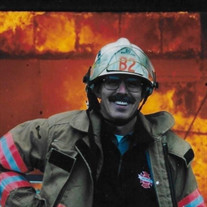 Gregory Edward Hull was born April 14, 1947 in Tacoma. He passed away at home on April 21, 2022. He spent his last days surrounded by his loving family and devoted wife, hearing them reminisce and share stories as they stayed by his side. Greg is survived by his wife of 34 years, Louise; his children, Troy Hull (Jo), Travis Hull (Angela), Kimberly McGilvery (Lafelle), Chad Hull (Desiree), Tamara Kelly, and Genevieve Alexander (Drew); and his fifteen grandchildren, ranging in ages from 26 years to 13 months. Survivors also include brothers Scott Hull and Mike Hull and sister Deb Fast. A favorite activity was for Greg and Louise to “do a sandwich,” squeezing a grandchild between them. As they got older, it got a little awkward! He often remarked how lucky he was to have a strong blended family with 6 children he could be proud of. Since December of 2019, Greg courageously battled a rare cancer, and the numbers of friends, colleagues, and family members that came forward to help is a testament to his kindness, patience and his good heart. He loved his family fiercely, and rarely let a day go by without letting Louise know how much he loved her. Greg was hired by Lakewood (now West Pierce) Fire in 1969 and retired in 2010 as Assistant Chief. After Lakewood Fire, Greg went on to work as the Fire Chief for the City of DuPont. Throughout his 43+ year career, Greg was an endeared leader and highly respected in the field. Promoting the fire service, being a role model and helping others be successful were primary goals for him. During Greg’s tenure at Lakewood Fire, he was also known by his coworkers to have 9 lives due to a few close calls and mishaps. Those stories will be firehouse entertainment for years to come! Outside of the fire service, Greg showed a strong entrepreneurial spirit, founding and building several small businesses. He and Louise worked side by side in their hardwood flooring business, as well as remodeling numerous homes. It gave him pleasure to know of the numerous families who were able to create their own family memories in the Cannon Beach beach house. In addition, Greg was a passionate aviator. He was a walking encyclopedia of WW2 aircraft and loved flying his Cessna 150. One of his favorite memories was a flight in a B-25 bomber, a gift given to him by his C-shift crew. He also enjoyed serving as a volunteer, either with DuPont Lions or in the ER at Eisenhower Hospital in Palm Springs. When Greg and Louise discovered international travel, there was no stopping them. Every year, a new destination in the world and he loved it. Their last trip together included a cooking class in Paris and museum-hopping in Amsterdam. He said his favorites were the elephants in Thailand and being able to see the sun rise over Macchu Picchu. Greg spent his life in the service of the public as a first responder, and in the service of his family, who loved him and will miss him greatly. He leaves a legacy of courage, of strength, and of perseverance. His guiding principle in life was to “make the best choice you can at the time, and move forward with no looking back.” His family can truly say that his was a life well-lived, and one with no regrets. In lieu of flowers, the family asks that donations be made in his name to the Nisqually Land Trust, a non-profit organization dedicated to preserving the water and wildlife of the Nisqually River watershed, or to the C.A.R.E.S. fund at West Pierce Fire Department. Memorial service to be held May 14, 2022 at 11 am at Charles Wright Academy.

Gregory Edward Hull was born April 14, 1947 in Tacoma. He passed away at home on April 21, 2022. He spent his last days surrounded by his loving family and devoted wife, hearing them reminisce and share stories as they stayed by his side.... View Obituary & Service Information

The family of Gregory Edward Hull created this Life Tributes page to make it easy to share your memories.

Send flowers to the Hull family.