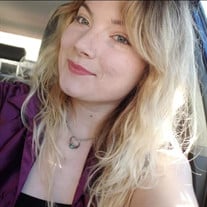 Shooting Star Graced by a light that faded too soon... It's like that weird cliché.. right when you have something important to say, it's as if everything you write, every idea you have, you scrunch up in a ball and throw it away.. the waist basket gets full, papers overflowing.. Truth is is.. there is so much that could be said, you just don't know what's the best for what you're trying to convey.. Grace Lillian was a beautiful, kind, compassionate and understanding soul. Someone who would go out of her way to help someone.. One of our youths who cared so much about those close to her.. someone unafraid to tell someone how much she cared about them, encouraged them, helped them with ideas.. A sister, a friend, an aunt, a niece, a cousin, a granddaughter, a bff, a sweetheart.. someone who encouraged those she cared for to be their best selves... someone who always wanted to see people happy, smiling and laughing, even if it cost her her own feelings. This was a beautiful soul.. a shooting star. She experienced loss at a young age yet persevered forward and moved on to become a graduate and an explorer. She was determined to succeed and if anyone could, she would. She endured a few rough things growing up.. after her father passed away at the age of 9, at the age of 11 her mother suffered a severe brain hemorrhage after which she experienced an out of state move with her older sister, whom had 2 children that she loved greatly and was very close to, one of which was also close to her in age. Gracie was very smart. She got herself a business management degree and a real estate license and hoped to one day in her future own units that she could rent out. She also started learning about buying and trading stocks on the stock market, the only woman in her group (she didn't have a chance to get very far with this). She was only 22 at the time of her accidental passing. If she set her mind to something, you bet she would accomplish it. She went out and lived in Los Angeles for a period of time, trying to make it as a model, but she missed her little family and her friends dearly and then came home. She expressed this many times to those close to her. Her sister remembers texting with her often, she would tell her how much she missed her and her children, and always had plenty of hearts and "I Love Yous". The kind of person who said "if I make a lot, I will get you a better trailer or a home if I'm rich", The kind of person who would visit those she missed, the kind of person who would go out of her way to help someone find their way if they needed it, the kind of person who would help someone brainstorm ideas for anything they were trying to do, the kind of person who was empathetic, the kind of person who considered whomever she was around. This is the kind of person she was. She had plans and ideas for the future and gave positive encouragements. She still had things she wanted to do, people she wanted to spend time with, places she wanted to visit, goals she wanted to achieve. She was a powerful woman learning her way and carving a path to her future. She did anything she could to ensure people were happy and doing their best, burying her own inner turmoil. She would probably agree that one should do their best and to try their best not to lose focus, especially when some things become very hard to bear, and always have good support. And just like a cool, crisp Autumn breeze, she was gone... just like that.. a shooting star... a beautiful song.. a ripple in a lake that fades away... but still a part of the Lake just in a different way and momentum.. just like the energy in our universe and the building blocks of life itself.. we are never truly gone.. just in another form and kingdom.. We will miss you, Grace Lillian. Until we meet again

Shooting Star Graced by a light that faded too soon... It's like that weird cliché.. right when you have something important to say, it's as if everything you write, every idea you have, you scrunch up in a ball and throw it away.. the waist... View Obituary & Service Information

The family of Grace Denchfield created this Life Tributes page to make it easy to share your memories.

Graced by a light that faded too soon...

Send flowers to the Denchfield family.