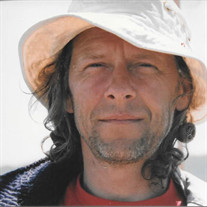 Gordon Ben Guttmann was born in Oldenburg, Germany, November 5th, 1947, to Heinz B and Ingrid K Guttmann. They immigrated to the United States in with the help of the American Jewish Federation in 1949. Gordon attended the Detroit, Michigan... View Obituary & Service Information

The family of Gordon Guttmann created this Life Tributes page to make it easy to share your memories.

Send flowers to the Guttmann family.