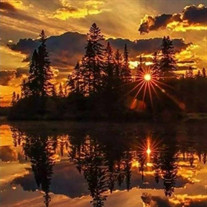 Gary Thurston, age 64, passed away suddenly on January 20, 2022. Gary was born on September 5, 1957 in Tacoma Washington, where he lived for his entire life. Gary met his wife Teresa as a teenager, and they quickly became inseparable. Soon after, he told his friend, "I'm going to marry her one day", and that he did. Gary and Teresa were married on February 7, 1981 and welcomed their first child, Jennifer, in April of 1982. Lindsey was born two years later in June of 1984 and Brandon followed in September of 1992. As a young man, Gary attended Wilson High School where he played football and baseball; he later attended Yakima Valley Community College on a baseball scholarship. Later in life Gary had the pleasure of coaching both Brandon's and Cameron's baseball teams. Gary had not only a love for the game, but more importantly, for the relationships made on the field with the boys he coached and his fellow coaches. Gary had the ability to see the unique talent that each child brought to his team, and delighted in watching them progress throughout the season. Gary held a special place in his heart for each and every young man that he coached. It brought Gary great joy to reminisce and share stories of his coaching days. For the last several years, in addition to time spent at church and with family, Gary's biggest joy came from watching Cameron play soccer. He was truly blessed by the many friendships he made with the players, parents and coaches of Colibri and Washington Premier. Gary was a devoted husband and father who always put his family first, even after a long day's work or later in life when his health began to fail. After hearing of Gary's passing, a close family friend remarked of Gary, "We know that Gary's heart beat for you (Teresa) and your family even through the many difficulties he endured". Gary is survived by Teresa, his wife of 40 years; two of his children, Jennifer (Michael) and Brandon; and his grandson, Cameron. Gary was preceded in death by his parents Bill and Ila Thurston, his daughter Lindsey and son in law Sean.

Gary Thurston, age 64, passed away suddenly on January 20, 2022. Gary was born on September 5, 1957 in Tacoma Washington, where he lived for his entire life. Gary met his wife Teresa as a teenager, and they quickly became inseparable. Soon after,... View Obituary & Service Information

The family of Gary Wayne Thurston created this Life Tributes page to make it easy to share your memories.

Send flowers to the Thurston family.