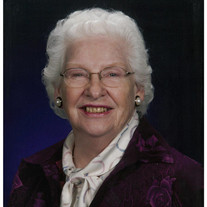 Please view the funeral broadcast here: http://webcast.funeralvue.com/events/northstar/56140/hash:F1D208CFD09DE2EF Evelynrose Livingston Alexander, age 94, died in her sleep Sunday morning, June 13, 2021. Like many, her health declined during the enforced isolation due to the pandemic restrictions. Funeral services will be conducted at 3 p.m. Friday, June 25, at the Celebration of Life Center at Mountain View in Lakewood, WA with a reception following. Visitation will be one hour prior to services at the chapel, with Mountain View directing. A coal miner’s daughter born in Windber, Pennsylvania, part of her heart always remained in Pennsylvania. She loved nothing more than her family and friends, often visiting Pennsylvania multiple times a year, quite often accompanied by family members, including grandchildren. These trips fostered strong ties with her past and present and created a deeper understanding of her life and its many strong connections. As a young girl Evelynrose went through nurse’s training at Allegheny General Hospital in Pittsburgh, Pennsylvania, hopping the train from her parent’s home in Valencia to make the journey. Graduating in 1947, she loved being a registered nurse and pursued this career in many different facets throughout her life in Pennsylvania, Connecticut and Washington state. A charge nurse in many different areas of nursing, Evelynrose was often demanding and always wanted things done the right way. She usually said being an industrial nurse at Electric Boat in Groton, Connecticut was her favorite because she would have to navigate through the bowels of the submarines they were building to help workers injured on the job. Family, music, pictures and friends were her passion! Often surrounded by pictures (many old black & whites, polaroids, and eventually digital photo frames) , listening to big band music, she would reminisce about her long life with fondness. Though Evelynrose greatly welcomed and loved each grandchild, it is possible she relished the arrival of her great-grandchildren even more. Her face and eyes would light up when she was hugged by those littles or FaceTimed with them! She will certainly be missed by many. Evelynrose was very active in various aspects of community life. Foremost among her many dedications were her church affiliations. Married at the Valencia Evangelical United Brethren Church on a snowy evening in February of 1951, she carried the spirit of that church with her throughout her life. She attended services there whenever she visited Pennsylvania. When she and her family moved to Connecticut, she belonged to the Groton United Church of Christ Congregational community. Upon moving to Washington state, she began by attending the Elk Plain Community Church. Later, she and her husband Carl joined several other families and met at the fairgrounds in Graham. Together they helped found the Evergreen Presbyterian Church on the hill. Emphasizing the importance of prayer and the authority of scripture, there are many notes written in several of the Bibles she kept by her side commenting on the lessons learned therein or bits of family history. Evelynrose was deeply involved with fraternal communities, especially Royal Neighbors of America. A member for over 75 years, she served many roles, including working for the society and promoting local events such as Dogs for the Deaf and Join Hands Day activities. A long-time member of Mae Camp 7472 of Tacoma, Evelynrose aided in the distribution of many local scholarships and contributions presented to worthy causes in the Tacoma area. In her later years, Evelynrose was also active in the Rebekah Lodge, thoroughly enjoying their monthly pot luck lunches and comradeship. A past President of the Washington State Fraternal Congress, she enjoyed her connections across the state and attending various conventions while performing her duties. Evelynrose was an active member of Friends of the Library in Graham and involved with local Boy Scouts of America activities. A longtime resident of Graham, WA, Evelynrose was preceded in death by her husband Carl H. Alexander, Jr., her grandson Robi Hague and her three sisters. She is survived by her children, Carl L. Alexander (Ginene) of Tacoma, Washington; Claire L. Alexander of Glenwood, Washington; Isabelle R. Alexander-Hague (Robert) of Graham, Washington; Charles D. Alexander (Adrienne) of Centralia, Washington; Roberta K. Alexander also of Graham; Clark D. Alexander (Karen) of Medford, Oregon; many grandchildren, great-grandchildren and even a couple great-great grandchildren!

The family of Evelynrose Livingston Alexander created this Life Tributes page to make it easy to share your memories.

Send flowers to the Alexander family.