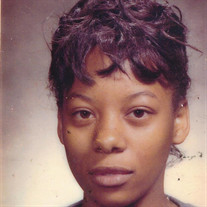 Eula Lee “Peaches” Powell sunrise was on April 29, 1948, and her sunset was October 6, 2021, at the age of 73 in Tacoma, Washington. Known as peaches to many friends and family, she will be greatly missed. Peaches was the first-born child of Arthur and Eula Vee Chambers, born in Fort Dix, New Jersey. Peaches is one of 11 children, as a military brat she was always there to help take care of her siblings and keep them entertained. Where she would cut out the comic section of the newspaper and make a story to tell her brothers and sisters. She graduated from Stadium High School and thereafter went to work for Boeing. At the beginning of her career at Boeing she was laid off and during that period she was worked as a waitress for Mr. Freeman’s Soul Food. When she returned to Boeing she excelled as an excellent and exceptional employee, she received awards and recognition for her accomplishments. Peaches worked at Boeing for 30 plus years getting employee of mouth multiple times. She especially enjoyed cooking for the big events held at Boeing. She wore many hats while working she taught a lot of people how to understand and read blueprints. Peaches mothered three children, one girl and two boys. Simon Taylor, Romell Powell and Anthony Manley. While still at a young age Peaches met and maintain a personal relationship with the Lord. Peaches was baptized as well as accepted Christ as her lord and savior at Central Church of Christ. Soon after she moved to Life Christian Church where she served faithfully on the Usher Board as a greeter. Even outside of church she was always willing and welcoming others to go along with her to meet the Lord. Peaches had many passions throughout her life. Those she enjoyed the most were arts and crafts, but she especially enjoyed drawing, music and dancing which included her stepping dance group. She enjoyed traveling, cooking, catering and fundraising for events at Boeing and as well as various other events for friends, family, and the church. Peaches is preceded in death by her daughter Simon Taylor. Her mother and father Arthur and Eula Vee Chambers. Her brothers Wilson “Sonny Boy” Chambers, Timothy Chambers and sister Miriam Chambers. She is survived by her sisters, Szerencses “Chukey” Ervin, Patricia Green and brothers, Arthur Chamber Jr., Michael Chambers, Quinn Chambers, Stanley Chambers, Aquilla Chambers, grandchildren Jahari Powell and Omari Powell and a host of nieces and nephews.

The family of Eula (Peaches) Powell created this Life Tributes page to make it easy to share your memories.

Send flowers to the Powell family.