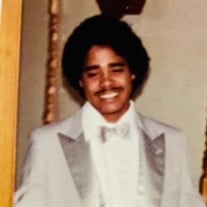 Ernest (Ernie) Richard Hemingway was born on November 3, 1964, in Munich, Germany, to Umeko and Joseph E. Hemingway. The Hemingway family moved to Tacoma when Ernie was a young child. Ernie attended Tacoma Public Schools, including Stewart Junior High. He graduated from Mount Tahoma High School in 1982. When he was young, he loved to read. He was a great athlete and could often be found playing basketball or running track at school or around the neighborhood. He enjoyed playing football in the neighborhood, especially on snow days. A motorcycle and car enthusiast from a very young age, Ernie worked hard on his newspaper route to purchase his first motorcycle and his first car, a white Firebird, before he was 16 years old. He loved to ride motorcycles on the old “Elk’s trail”. Prior to attending Washington State University, Ernie worked at Chuck-E-Cheese; children always brought joy to Ernie. All the nieces and nephews in the family LOVED Uncle Ernie; he often took them on drives, walked them to school, played with them at the park, and he helped some of them “learn” how to drive at young ages. In the early morning hours of January 2, 2022, Ernie went to be with our Lord. Ernie is preceded in death by his father Joseph E. Hemingway, Sr., brother Joseph E. Hemingway, Jr., niece Lisa Roberts, and great-nephew Brandon Thomas. Ernie leaves to cherish his memory, mother Umeko Hemingway, brother Edward (Rosemari) Hemingway, sister Jacqueline (Lethaniel) Ray, a host of nieces, nephews, great-nieces, and great-nephews. Ernie was a special person who was kind to everyone. He never complained; and when anyone asked him how he was doing, he had a famous line, “I’m okay.” He was quiet, calm, and generous. He enjoyed family, especially the children. He was a faithful, loving, and dedicated son. Ernie is forever loved and missed. To View Ernest's services please follow the link below: http://webcast.funeralvue.com/events/northstar/67246/hash:BB9C66719A40E988

The family of Ernest R Hemingway created this Life Tributes page to make it easy to share your memories.