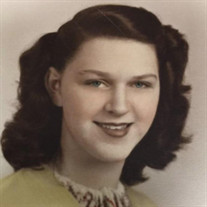 In loving memory of Doris Marilyn Hilton; Beloved Mother, Grandmother, and Great Grandmother. Born: April 29, 1931 Died: May 12, 2022 Age: 91 Years, 14 Days, Mom (Doris) was born on April 29, 1931 to her parents, Wallace and Mabel Kennedy, in Seattle Washington. Doris grew up in Tacoma and graduated on June 7, 1950 from Lincoln High School. She and Dad (Charles) met and dated while he was stationed at Fort Lewis, Washington. On August 14, 1950, Mom and Dad took their vows and entered into holy matrimony. They went on to have six children; Johnny, William, David, Nancy, Barbara, and Ralph. Mom worked nearly twenty years sewing cloth linings at Item House in Tacoma, Washington. She was dedicated to raising her family. In their later years, Doris and Charles enjoyed driving to various states (Arkansas, California, New York, Nevada) to have fun, sightsee and visit relatives. She was preceded by her husband Charles, sons John and Ralph and brothers, Wallace, Robert, and Lorne, and grandson, Spencer. She is survived by daughters Barbara and Nancy, sons David and William, and brother, William. There are 7 grandchildren and 8 great grandchildren. Each of her four surviving children picked one word to describe mom. They shared the following: “Gentle” ​“Kind”​“Love”​“Thoughtful

The family of Doris Marilyn Hilton created this Life Tributes page to make it easy to share your memories.

Send flowers to the Hilton family.