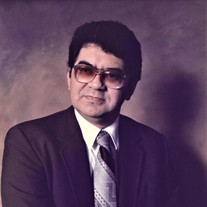 OBITUARY David Paul Samuela January 2, 1944 – July 10, 2021 It is with tremendous sadness that we announce the death of our father, David Paul Samuela, on July 10, 2021, in Vancouver, Washington. He died of complications from multiple falls. He was preceded in death by his parents, Pataha and Elizabeth Samuela, of Tacoma, Washington, and one grandson, Nicolo Samuela Maldonado, of Las Vegas, Nevada. He is survived by his five children: Suzanne Samuela-Maldonado, currently of Tennessee; Heather and her husband Jay Selby of Portland, Oregon; Deborah Samuela Freeman of Winlock, Washington; David T. Samuela of Puyallup, Washington; and Elizabeth and her husband Rob Ross of University Place, Washington. Dad has nine grandchildren, and four great-grandchildren. He is survived also by his five sisters and two brothers. David was born in Kansas City, Missouri. He served briefly in the U.S. Air Force. As an adult he lived in various places including in Redmond and Portland, Oregon; in Chehalis, Carbonado, Cle Elum, Enumclaw, Puyallup, Washington; and near Payson, Utah, and Reno before settling in Las Vegas, Nevada, where he lived for three decades. He returned to the Pacific Northwest in 2002, living in Tacoma, Wenatchee and finally Vancouver. Mountain View Funeral Home and Memorial Park in Lakewood, Washington, is handling the arrangements. • Viewing and Visitation will be on Thursday, July 22, 2021, from 5:00 to 8:00 pm at Mountain View Funeral Home, Lakewood, Washington. • The Chapel Service will be on Friday, July 23, 2021, at 10:00 am at The Church of Jesus Christ of Latter-Day Saints, 2455 S 78th Street, Tacoma, Washington. • The Graveside Dedication will be on Friday July 23, 2021, at 11:30 am at the Mountain View Memorial Park, Lakewood, Washington. • Reception will be held on Friday, July 23, 2021, at 1 pm in the Willow Room at the Celebration of Life Center.

The family of David Paul Samuela created this Life Tributes page to make it easy to share your memories.

Send flowers to the Samuela family.