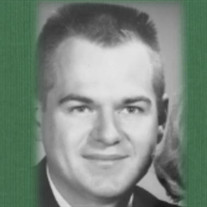 David Alan Frost was born on March 16th, 1946, in Tacoma, WA to Cleo (Bud) and Dorothy Frost. He went to be with the Lord on January 31st, 2022, after a long and brave battle with a sudden illness. David attended Tacoma public schools, graduating from Stadium High school in 1964. He Joined the Naval reserves when he was seventeen in his junior year of high school and went active duty after his graduation. David did a West Pacific tour on board the USS Midway and was later Honorably discharged in March 1969. After the military, David attended Tacoma Community College and Central Washington University, where he received a Bachelor’s in Law and Justice. David was a Tacoma Police officer for 33 years, beginning his employment on September 25th, 1967. He was promoted to Investigator in 1975 and to Sergeant in 1980. In 1989 he was temporarily promoted to Lieutenant and retired as a Sergeant on January 19th, 2001. David met the love of his life, Julie, on a blind date in the summer of 1968, and they were married on January 10th, 1969, in Tacoma. Dave and Julie had their daughter Kari Ann in 1972 and they adopted their son Timothy Walter in 1981. They chose to bring up their family in Eatonville, where they raised cows and horses with a beautiful view of Mt Rainier. David and Julie remained married for 51 years until her death in 2019. David was an avid craftsman and builder. He started a woodworking business in 1980, selling cedar planters and other various yard art for the next 35 years. He participated in craft and garden shows for many years. David will be remembered a wonderful Husband, Father, Father-in-Law, Grandfather, Brother, Brother-in-Law, Uncle, Cousin, and Friend. He will be dearly missed by those that knew and loved him. David was preceded in death by his parents, Cleo and Dorothy Frost; his loving wife, Julie Frost; brother, James Frost. He is survived by his daughter, Kari Ann (Paul) McEntee; son, Timothy Walter Frost; grand children, Daniel, Kyle, Emily, Kody, Sarah, Shauna, and William; and many other extended family members and friends. In Lieu of flowers, please send remembrances to the Tacoma Pierce County Chaplaincy or the Pierce County Humane Society. The Family would like to thank the Franciscan Heart & Vascular Associates, especially Dr. Roger Ng, for his loving care of our father and his ability to doctor not only the patient but the family. A Memorial Service celebrating David will be held Friday, March 4th at 3pm at Mountain View Funeral Home Aspen Chapel, with a reception to follow.

David Alan Frost was born on March 16th, 1946, in Tacoma, WA to Cleo (Bud) and Dorothy Frost. He went to be with the Lord on January 31st, 2022, after a long and brave battle with a sudden illness. David attended Tacoma public schools, graduating... View Obituary & Service Information

The family of David Alan Frost created this Life Tributes page to make it easy to share your memories.

Send flowers to the Frost family.