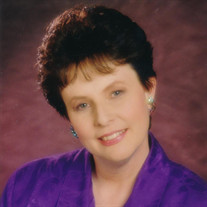 Cherie welcomed everyone and always treated friends like family and family like friends. She is loved by many and is sorely missed. We ache from her loss, but we know that in time, our pain will be drowned out by the lifetime of wonderful memories she gave us. She was born in Puyallup on Feb 5, 1944, and spent her childhood in Northeast Tacoma. Cherie graduated from Stadium H.S. in 1962. She married young and immediately started a family, but later divorced her first husband. When she met and married Robert (Bob) Peterson, their combined families had so many kids that they could have fielded a baseball team. Their home along the “gulch” on North Anderson Street was a place of happy chaos for years as kids became teens, teens became adults, and Mom and Bob became Grandma and Grandpa. When Bob and Cherie became empty nesters, they purchased a little spot of land on Anderson Island where they planned to make years of new memories together. Tragically, cancer took her great love in his 50’s, but Cherie soldiered on. The island became a wonderful escape where she loved to go to paint, hike, watch the deer wander by, and hang out with her grandkids who affectionately called it “Grandma’s Island.” She loved nothing more than her annual island summer getaway with the grandkids, even though at some point she was happily exhausted and ready to give them back. She was never too old to try something new, so her interests changed and grew throughout her life. She had a special ability to take moments, memories, and the beauty she saw around her and translate them onto canvas, ceramics, glass, and other creative forms. She never saw a shell, rock, or scrap of wood that she couldn’t turn into a work of art. If a messy art room is a sign of a great artist, she rivaled Picasso. Along with art, she loved family history and hiking. She hiked part of the Wonderland Trail with her sons Alan and Robert. She also enjoyed taking part in the Old Oregon Trail Ride. Later in life she studied genealogy, traveling back and forth to the UW in Seattle to learn her craft. She volunteered to help others with their research and truly enjoyed spending hours combing through records and connecting with people to track down genealogy for herself, friends, and family. One of the highlights was a trip with her cousin to Newbury, England in 2013 to see and experience the community that her ancestors came from. Cherie’s career was more of a calling. As a young adult, she struggled with demons, but turned her life around thanks to Alcoholics Anonymous. Determined to use her experience to help others, she studied to get her Associate Degree in chemical dependency counseling. She worked for 30 plus years as a counselor at Puget Sound Hospital. There are no doubt hundreds of people in the Tacoma area who made it to the other side because of Cherie’s help, caring and compassion toward them. While she had many interests she enjoyed in life, nothing was more important to her than family. Cherie was preceded in death by her parents Jim Nalder and Marie Turner, husband Bob Peterson, brother Bud Nalder (Ann), and son Brent Peterson (Kathy). She is survived by sons and daughters Alan Anderson (Laura), Debbie Church (Tim), Karyn Peterson Froman, Robert Peterson (Lisa), Rick Peterson (Shari), Greg Peterson (Faye), Don Peterson, sisters Eileen Johnson (Jerry) and Terri Rosengreen (David), nephew Jason Nalder (Donna), 16 grandchildren and several great grandchildren. In her final years, Cherie battled the cruelness of dementia with her family by her side. While she could not say so, she greatly appreciated the loving care provided by her daughters Karyn and Debbie, and in her last months the staff at Bridgeport Place Assisted Living and Memory Care. A celebration of Cherie’s life is planned for Sat., Feb. 19 at 1 pm in the Aspen Chapel at Mountain View Funeral Home in Lakewood, WA. Please consider donations in Cherie’s honor to the Alzheimer’s Association of Washington and the Moms and Women's Recovery Center in Tacoma.

Cherie welcomed everyone and always treated friends like family and family like friends. She is loved by many and is sorely missed. We ache from her loss, but we know that in time, our pain will be drowned out by the lifetime of wonderful memories... View Obituary & Service Information

The family of Cherie M. (Nalder) Anderson Peterson created this Life Tributes page to make it easy to share your memories.

Cherie welcomed everyone and always treated friends like family...

Send flowers to the Peterson family.