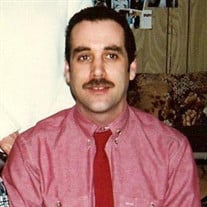 Cevin Allen West was born August 21, 1961 in Tacoma WA at Tacoma General Hospital to Sharen and Charles West. Cevin was the 4th of 5 children. Growing up Cevin loved camping at Swinging Bridge park on the Satsup River. And riding bicycles, playing hide and seek between the houses next to grandma and grandpas house with his siblings. After he moved to Purdy at about 11years old, he attended the Goodman middle school and Peninsula High School. He was a hard worker around the small Gig Harbor farm and worked helping his godparents Allen and Rosey build a log house next door to the family farm. As he got older Cevin liked to cook and got his first job at Pearls by the Sea in Purdy, then worked with his dad to work at Fick Foundry on the Tacoma Tide Flats. He also enjoyed working at Captain Nemo’s in Lakewood where he was quite proud of his cooking achievements. From there, in Oct. 1983, he began his career at Boise Cascade. During his time there, he was chosen to be one of the select members ask to write the training programs for the plant operations manual. After the plant closed, he then went back to school and graduated with a BA in Applied Electronic technology from City University in Seattle in 2003. Cevin married Petra Morris in 1986 and bought a house in Gig Harbor in 1987. Cevin really loved his family. His oldest, Little Kevin, was born in 1980. His little girl, Charlotte, was in born 1992. In 2004 Cevin moved to Pahrump Nevada and worked with his sister Colleen doing computer programming for the construction company they had. He stayed there until his disease forced him to move to a more temperate climate, back here. Cevin always had a love for cars. His projects included a couple of old Corvairs, an old willy’s, several Pontiacs and a Toyota MR2 that he was quite proud of. This hobby also ventured into a couple of boats that aided his love of fishing. Many of his cars suffered some damage as Cevin was often calling family or friends to get a tug out of the ditch, or help with frequent break downs. Cevin continued his love of camping, escaping to the woods as often as he could. He took up skiing and would escape with family to the mountains often. Some of his favorites were floating and fishing the Yakima river, camping at Salmon La Sac and Mason Lake, until Cevin’s disease began to take control of his life. Cevin had been diagnosed with Multiple sclerosis in his late twenties. By age 40 he was needing assistance with life’s functions. His siblings assisted him for many years. He spent his final years with Ellina and Igor Gladkihk who loved him like family. We have lingered years in saying good bye as Cevin suffered the many ailments of his disease, and now we say a final last good bye. We will miss your twisted sense of humor and we love you.

The family of Cevin Allen West created this Life Tributes page to make it easy to share your memories.

Send flowers to the West family.