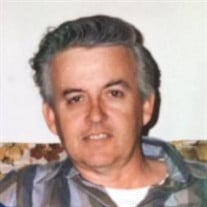 Alvin Thomas Harris passed away peacefully at his home in Puyallup, Washington on August 23, 2021 with his wife of 62 years, Gail, by his side. Tom, known as Sonny to his family, was born April 1, 1937, to Loren and Orral Harris in Glendive, Montana. Shortly after his birth his family moved to Spokane, Washington where he grew up the seventh of eleven children. Tom worked hard all his life and had an array of unique jobs in his youth, from pulling weeds as a child to working as a farm/ranch hand and piloting a charter fishing boat as a teen. He joined the Marine Corps at age 17, serving on both the USS Toledo and the USS Hancock, and is a veteran of the Korean War. In 1957 while stationed at Bangor Naval Base, he met his wife, Gail. They married two years later and made their home in Puyallup, raising four children. After leaving the Marine Corps, he joined the Carpenters Union, working up from apprentice to carpenter. In 1968, he went to work for Turner-Busch as a field superintendent, building stores in malls across the US and Canada. When he retired, he raised hundreds of varieties of dahlias and mums, providing countless flower arrangements for church services, weddings and parties. He showed flowers and later became a floral judge at both the Pierce County and Washington State fairs. Tom enjoyed hunting and fishing. Many vacations were spent fishing on his boat with family and friends. He liked woodworking, tinkering with his tractor and spending time with his grandkids. Tom also volunteered for mission trips, helping to build schools and churches in Mexico, the Philippines and Alaska. Tom attended both Hope Church and Tacoma Alliance Church. He was a member of and held office in the Sons of Norway Norden II. He also belonged to several flower clubs. Tom will be missed by his wife, Gail; children Chris, Tami (Art Hensley), Athena (Dave) Heimer and Delonna (Shane Maloney). He was a loving grandpa and papa to Brandon, Loren, Cooper, Fionn, Emerson, Tor and Maeve, great-grandpa to Brayden and will be remembered fondly by Deborah Fulton and Alex Castonguay. He is also survived by his sisters Bonita Kane and Deidre Hettinger, brothers Bernard and Barry, and many nieces and nephews. A memorial service will be held Saturday, September 11 at 2 pm at Hope Church, 158 S. 46th St, Tacoma. Mask are required.

Alvin Thomas Harris passed away peacefully at his home in Puyallup, Washington on August 23, 2021 with his wife of 62 years, Gail, by his side. Tom, known as Sonny to his family, was born April 1, 1937, to Loren and Orral Harris in Glendive,... View Obituary & Service Information

The family of Alvin Thomas Harris created this Life Tributes page to make it easy to share your memories.

Alvin Thomas Harris passed away peacefully at his home in Puyallup,...

Send flowers to the Harris family.